It's Time: Ripping All DVDs and Blu-rays To NAS

I have documented my transference of my CD, SACD, and vinyl collections to digital (DSD) files in other threads. It was important to me to have my music collection at my fingertips and not be bound by the inconveniences and disadvantages of physical media. This was particularly true with regard to vinyl records.

I was not enthusiastic about transferring my video discs to digital files due to the work involved and due to the fact that I enjoy watching videos a few hours a week compared to listening to music a few hours a day. Furthermore, I seldom watch movies back-to-back. Going to the media racks, picking out a disc and inserting it into the player are not frequent inconveniences. Out of curiosity, I recently did a "proof of concept" trial in which I ripped some DVDs and Blu-rays to a hard drive housed in an external enclosure. The enclosure was connected to my Oppo UDP-205 universal player by USB cable. After a few days of playing with this, I was hooked...and I began making plans to convert my entire video disc collection to a NAS-based storage system. 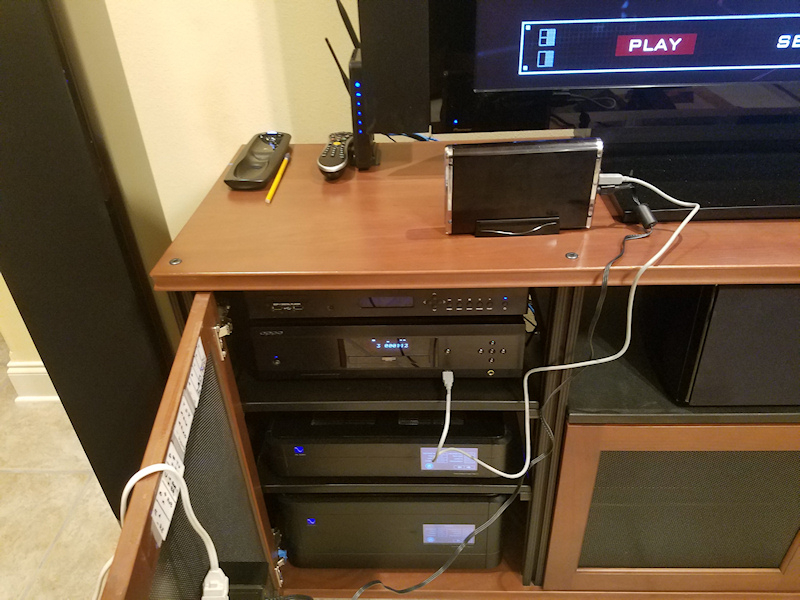 Figure 1. Proof of concept: DVD and Blu-ray video from the hard drive. 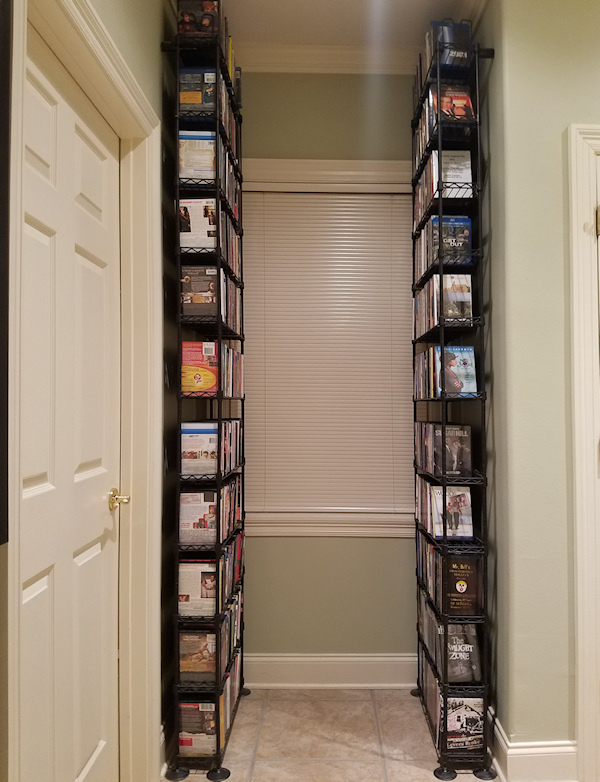 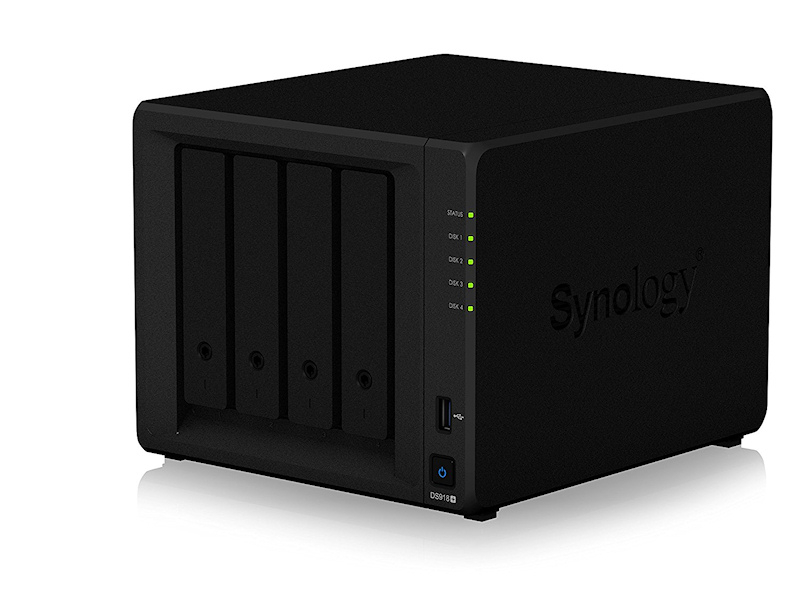 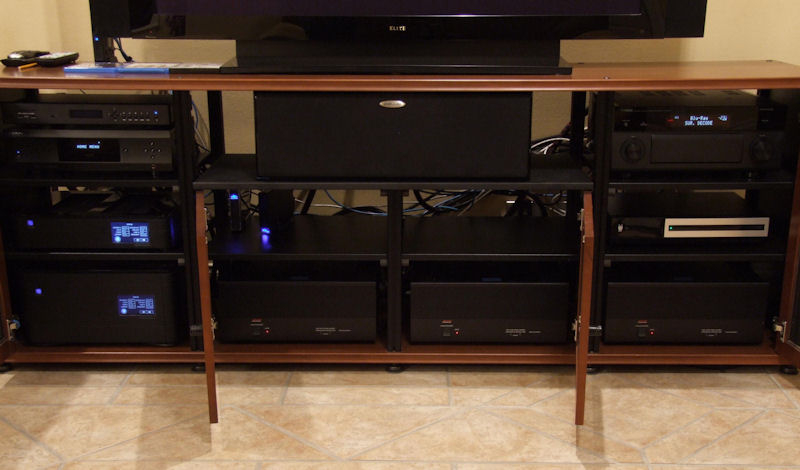 Figure 4. The DS918+ NAS will be located on the empty shelf at center right above
the power amp.

There are many excellent tutorials on how to rip DVD and Blu-ray content, therefore I will not expound on that here.

The Oppo UDP-205 automatically indexes the contents of storage devices attached to it. The contents of the hard drive attached via USB cable could be displayed on the TV either by folder or by filename. There was no file-level search functionality in USB-connected drive. A particular file or folder had to be located by scrolling through the entire list. With a DLNA compliant storage device, such as a NAS, attached to the UDP-205, searching can be done for a particular file or folder.

DVDs were ripped to MKV format, with no loss in picture and sound quality. Subtitles, audio tracks, and chapter breaks were preserved. I did lose the menus. The main movie, trailers, and other extra content were separated out as individual files. Using the DVD menu as a guide, I had to individually go in and rename each separate file. A few times, MakeMKV failed to pick it up some or all of the preview trailers, even thought they trailers played fine from disc. No big deal. 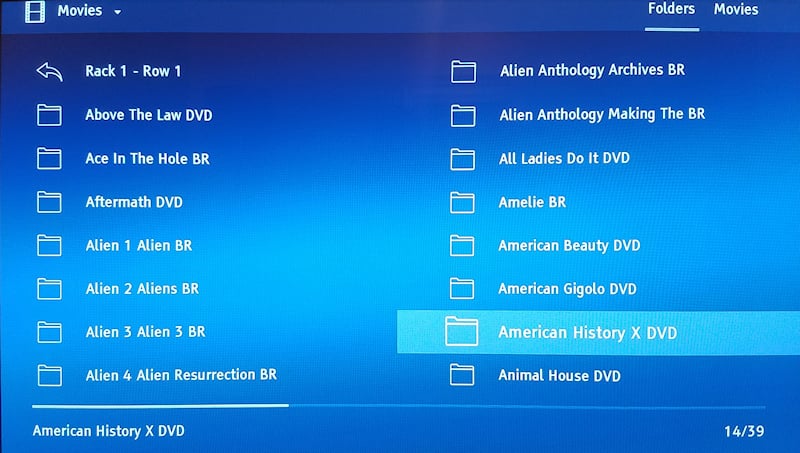 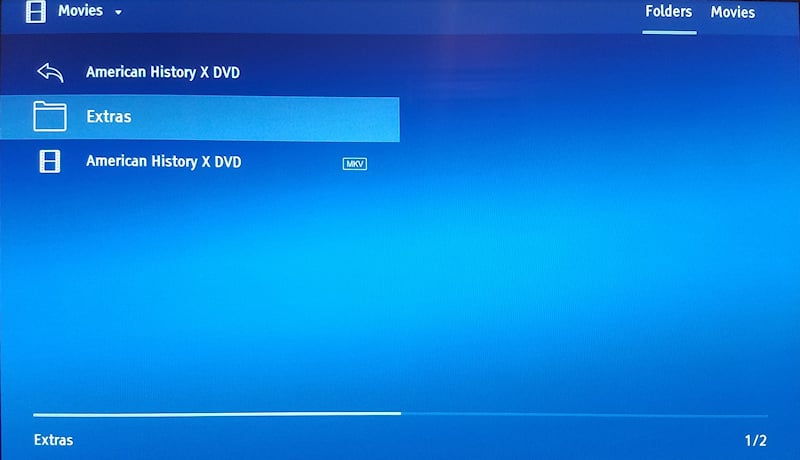 Blu-rays were the easiest to process because all that was required was making a folder with the name of the movie and copying the contents of the Blu-ray disc into that folder. The folder then had to be processed with a utility called "BDMV Modifier 2.0" so that the UDP-205 would treat the folder as a "disc". The BDMV modifier utility can process Blu-ray folders individually or in a batch. During a ripping session, I put all the individual Blu-ray movie folders in a single folder and select that single folder for processing. Every individual folder is processed and I receive a confirmation stating the number of titles that were successfully processed. 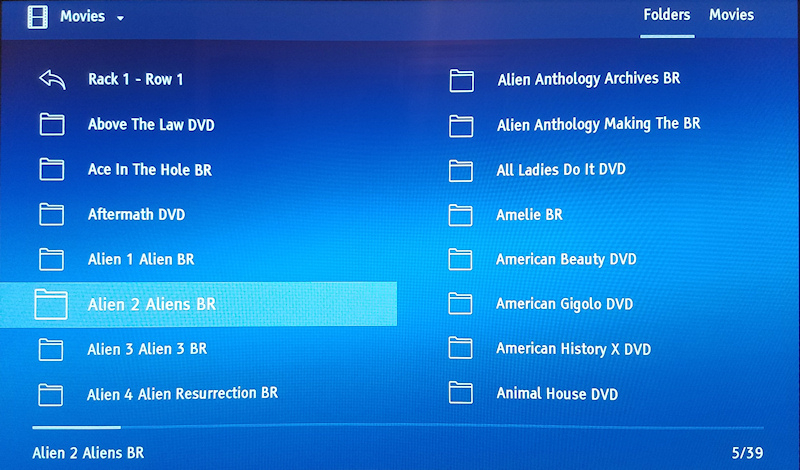 Figure 7. Clicking on the folder for "Alien 2 Aliens" Blu-ray immediately brings up the disc's interactive menu, and playback is identical to playing from disc. 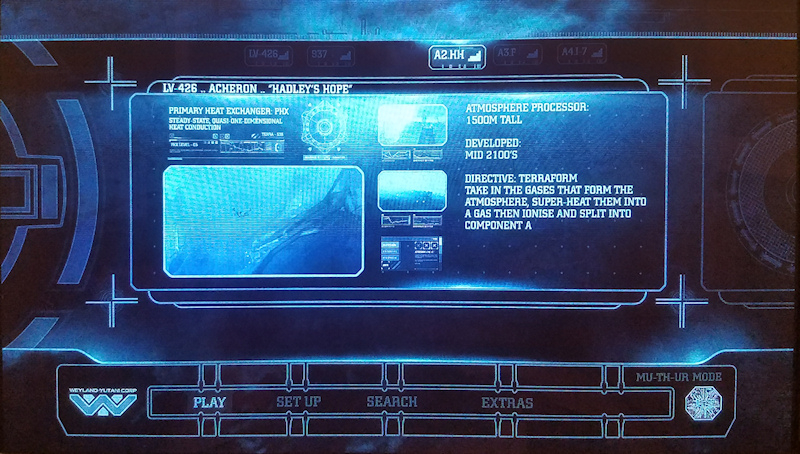 Four 8 TB Western Digital Red drives were selected for the Synology DS 918+ NAS. After formatting, approximately 90% of that 32 TB, or 28.8 TB, will be usable storage. In practice, due to the fact that many of my DVDs are single layer with less than 4.7 GB content and many of my Blu-rays are single layer with less than 25 GB content, the actual used storage capacity required will be significantly less than the "max case" scenario of 17 TB. I have completed ripping the first 5 rows of rack 1, which had a calculated space requirement of 4.496 TB. The actual space requirement was 3.509 TB, or 78% of the calculated requirement.

If the 78% difference holds until ripping is completed, the actual total storage requirement for the entire collection will be in the area of 13.3 TB. The actual free storage space in the NAS will be approximately 28.8 TB - 13.3 TB = 15.5 TB. I buy an average of 10 Blu-ray discs a year (0.5 TB/year max case). Therefore, at my present rates of consumption, this amount of available storage should last well over 25 years. I expect the drives to wear out long before they fill up. This assumes that I don't buy a 4K TV and develop a ravenous appetite for 4K Blu-rays which are 100 GB a pop.

More later...
"So hot it burns Mice!"~DK "Polk SDA-SRSs are hopelessly out of date both sonically and technologically... I see no value whatsoever in older SDA speakers."~Audio Asylum Member "Knowledge, without understanding, is a path to failure."~DK "Those who irrationally rail against something or someone that is no threat to them, actually desire (or desire to be like) the thing or person they are railing against."~DK
Post edited by DarqueKnight on January 2018
8 · Share on TwitterShare on Facebook
«12»