[Deleted User] Posts: 7,658
January 2021 in 2 Channel Audio
The Revox company introduced the A77 tape deck in 1968 replacing the vacuum tube based G36 deck (which is believed by some to be the best sounding machine ever made for tape playback). A few years ago I bought, at a very low price, a MK II version of the A77 that had been involved in a fire. I began completely disassembling the deck, taking everything off of the frame and even unfastening the frame itself. The beauty of the A77 is that it is completely modular, with a few basic tools it can be taken apart. My goal was to bring this deck back to as close as possible its original condition, part by part.
Here is a photo of the basic, three part frame with the three motors reattached. You can see the AC transformer in the center, the power supply board to its left. The speed control circuit board is below the transformer 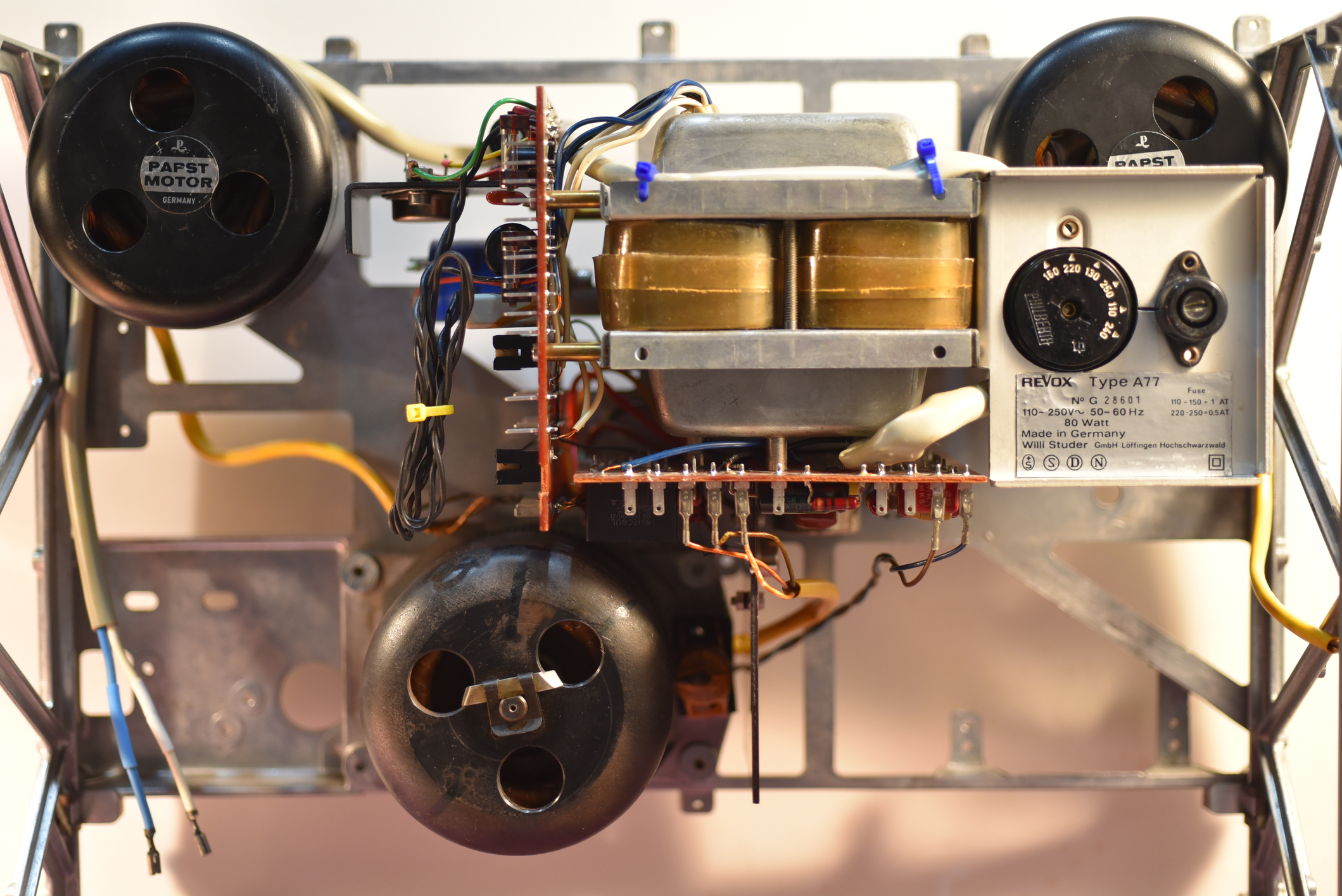