I had been searching for a solution to stream movies from my NAS to my guest bedrooms. My criteria were:

The performance benchmark was the Oppo UDP-203. Players from Dune and Zappiti had horrible 5 GHz WiFi performance and other issues. Evaluation results with those players can be found here:

The nVidia Shield TV ($179) network player met all my major performance and aesthetic requirements. In summary: 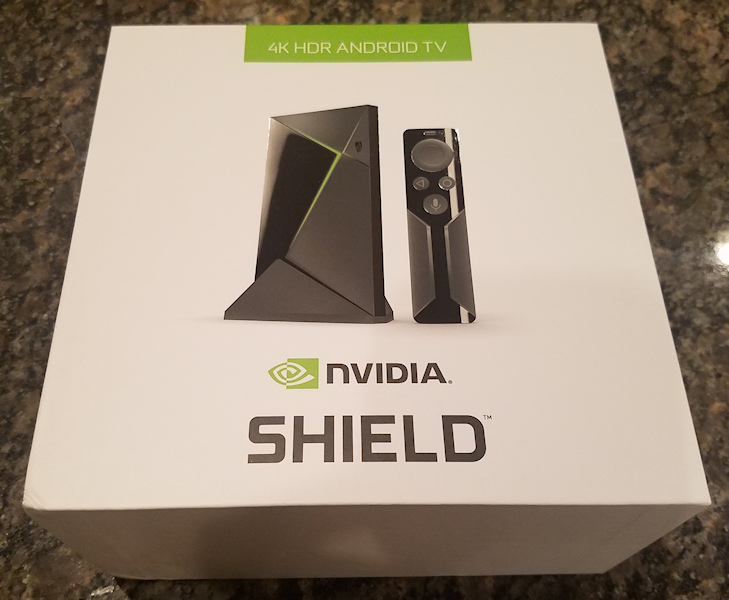 Figure 1. The Shield is packaged in a thick cardboard box with protective form fitted plastic trays. 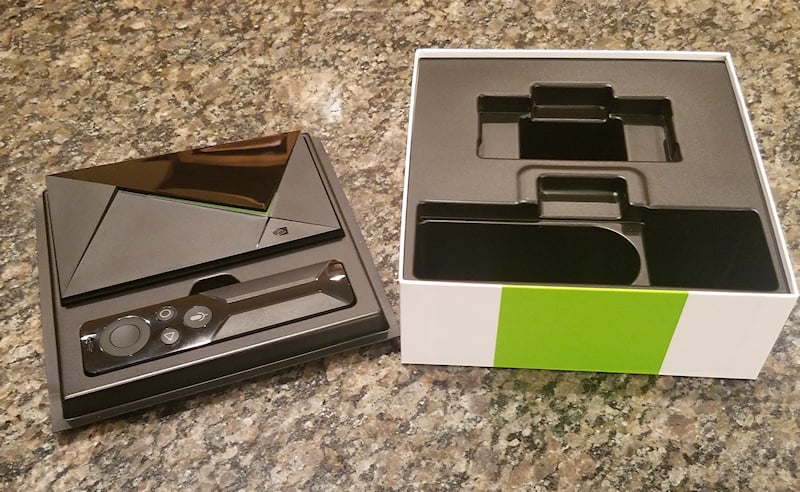 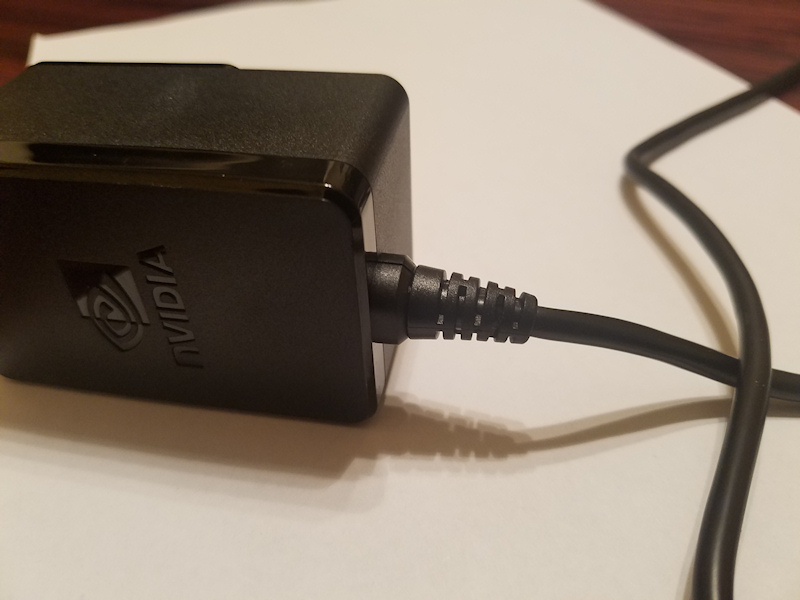 Figure 4. The Shield's power adapter had some uncharacteristic heft and weight to it, with a thick power cord. 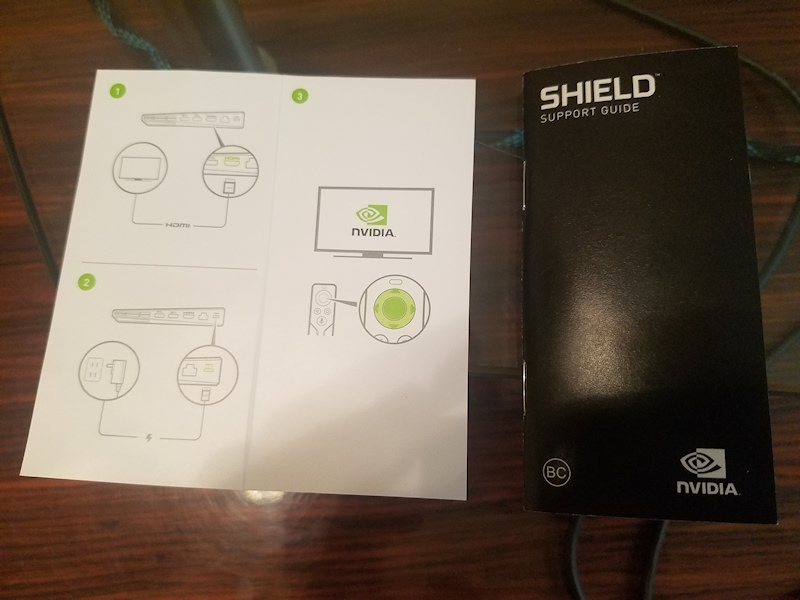 Figure 5. The included setup documentation was practically useless. The quick start guide, which measured 4.25" x 4" had no written instructions for the unorthodox remote . The "Support Guide" which had pages measuring 4.25" x 2" required a microscope to read and was basically safety information. The manual was published on the nVidia website and was in the form of a series of approximately 60 web pages. I would have appreciated a downloadable PDF manual. 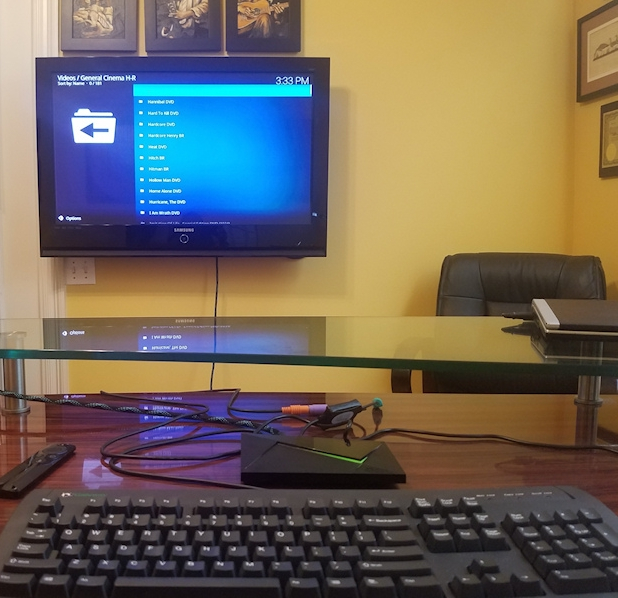 Figure 6. The Shield was initially configured and tested with the 42" Samsung S4273 plasma TV in my home office.

I had not read any complaints about the Shield's WiFi performance, but, based on prior disappointments with some other players, I had some concern. I connected the Shield to the wireless range extender that was in the home theater system, which was three rooms and 45 feet away. There were no connection or playback problems at all. Setting up the connection to my Synology NAS was easy and video streaming was perfect in every respect. 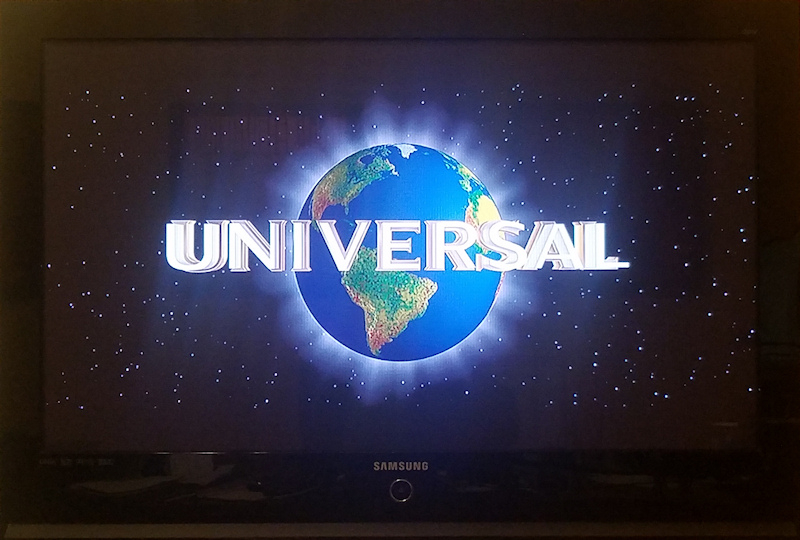 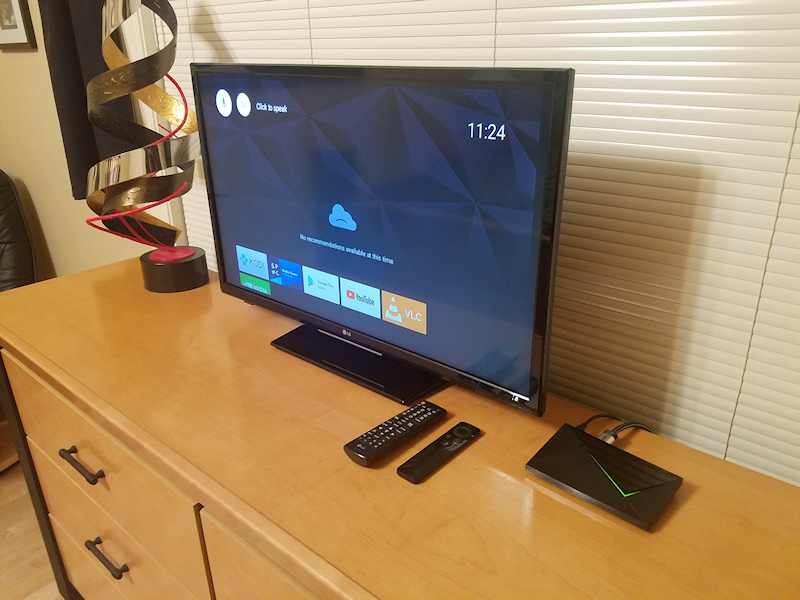 The Shield produced bright, clear, detailed images from DVD and Blu-ray sources. Video quality was significantly better than that from the Dune and Zappiti players, although not up to the high standard of the Oppo UDP-203. Sound quality was crisp and clear. 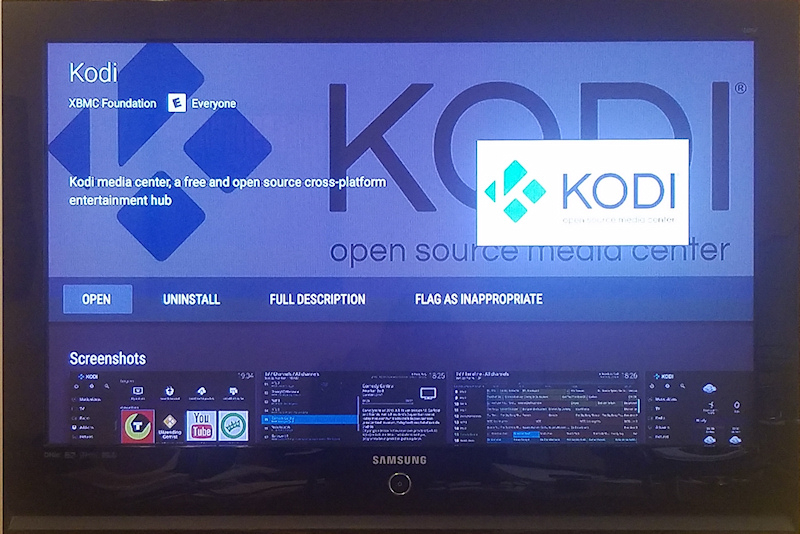 Figure 9. Kodi player software (free) was used to play movies. Kodi was easy to install, setup with my NAS, and use. 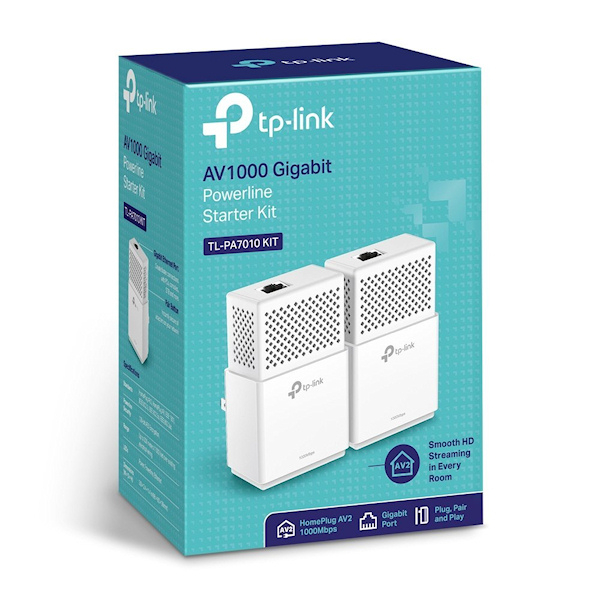 Figure 10. Just in case there were issues with the Shield's WiFi, I ordered a TP-Link Ethernet
extender kit ($50). These devices emulate a direct wired connection by sending Ethernet signals through a home's electrical wiring. They are plug and play. Plug them directly into a receptacle and they automatically find each other. This solution worked very well and was half the cost of installing wired Ethernet drops. Fortunately, I didn't need it though. The Shield's WiFi worked fine...and it doesn't even have the big honking WiFi antennas of other players.

Upon plugging in the Ethernet cable from the TP-Link box on the Shield's end, the Shield automatically disconnected its WiFi connection and set up a wired Ethernet connection by DHCP.

With the Ethernet extenders, some speed loss will occur when the signal has to "jump" from one home wiring circuit to the next. For example, my home office receptacles are wired on leg 2, breaker 16 and the home theater room's receptacles (except for the two dedicated AC circuits) are on leg 1, breaker 5. The extenders' signal strength indicators showed an excellent connection even though they were far apart circuit-wise and distance wise. 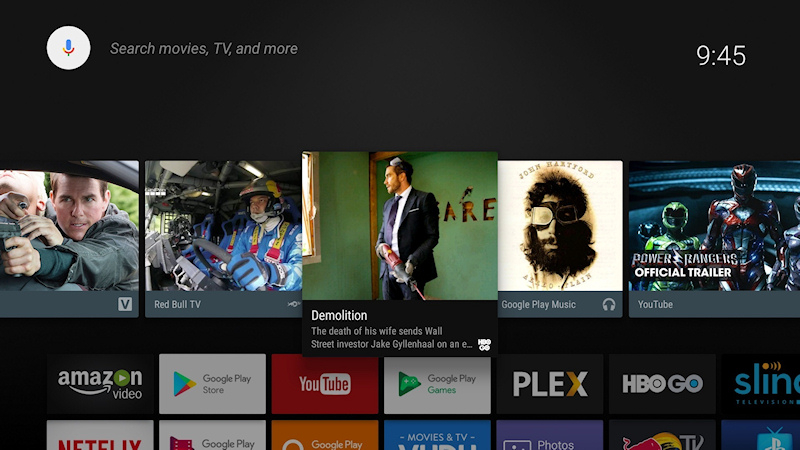 Figure 11. The Shield's home screen, referred to as the "launcher", was an aggravatingly bitter disappointment. It is dominated by the "recommendations" row across the center. This is a large ribbon of SPAM whose purpose is to suggest audio and video content. Below that is the "apps" row listing all installed apps/bloatware. 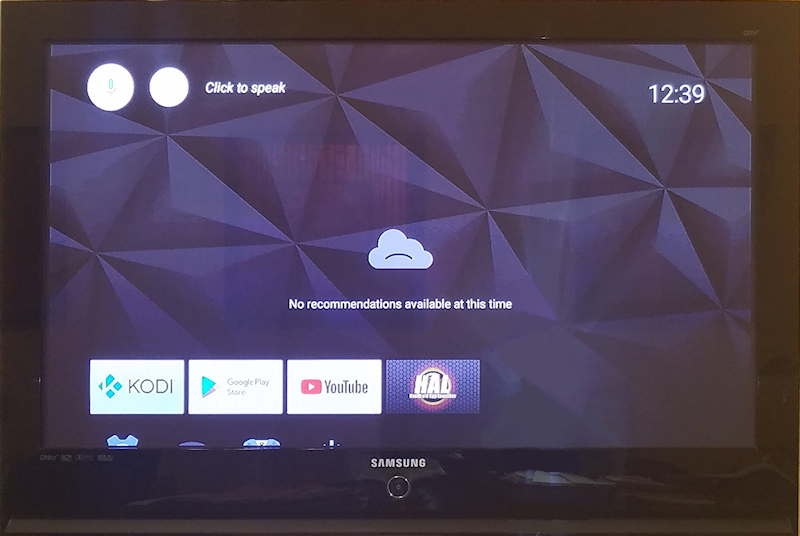 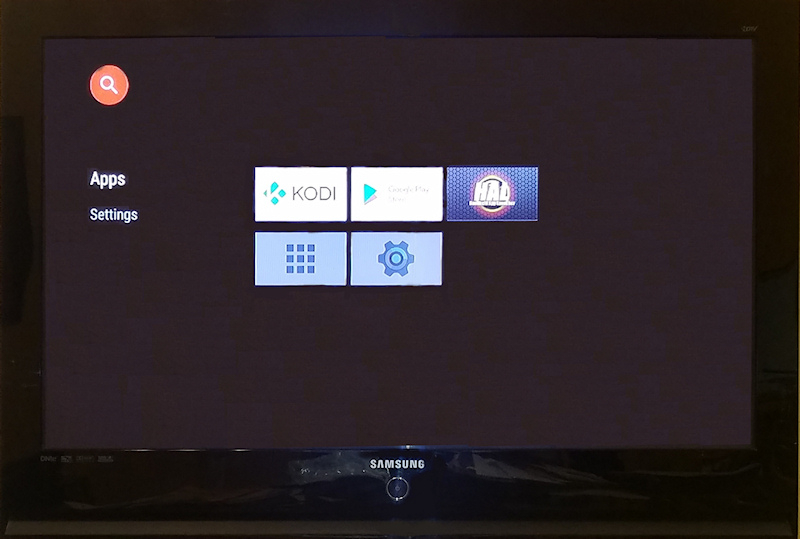 Figure 13. Fortunately, other launchers can be installed, and, with a bit of programming, the original launcher can be removed and replaced with something else. Two popular replacement launcher options are the HAL and Nova launchers. Shown above is my Shield's home screen configuration with the HAL launcher. There are excellent tutorials on YouTube describing the Shield's launcher replacement process.

Figure 14. The Shield's unusual minimalist-design remote took some getting used to. I hated it at first but learned to like it. I like the remote's microphone/voice command feature.

Overall, I am very pleased with this player.
"So hot it burns Mice!"~DK "Polk SDA-SRSs are hopelessly out of date both sonically and technologically... I see no value whatsoever in older SDA speakers."~Audio Asylum Member "Knowledge, without understanding, is a path to failure."~DK "Those who irrationally rail against something or someone that is no threat to them, actually desire (or desire to be like) the thing or person they are railing against."~DK
2 · Share on TwitterShare on Facebook