After replacing the DAC and amplifier, I guess the problem is from the L800 speakers.

I tested the speakers, found out the SPL below 100 Hz dropped about 6db.

The conditions of two tests are almost same.
Anyone can help? Thank you very much. 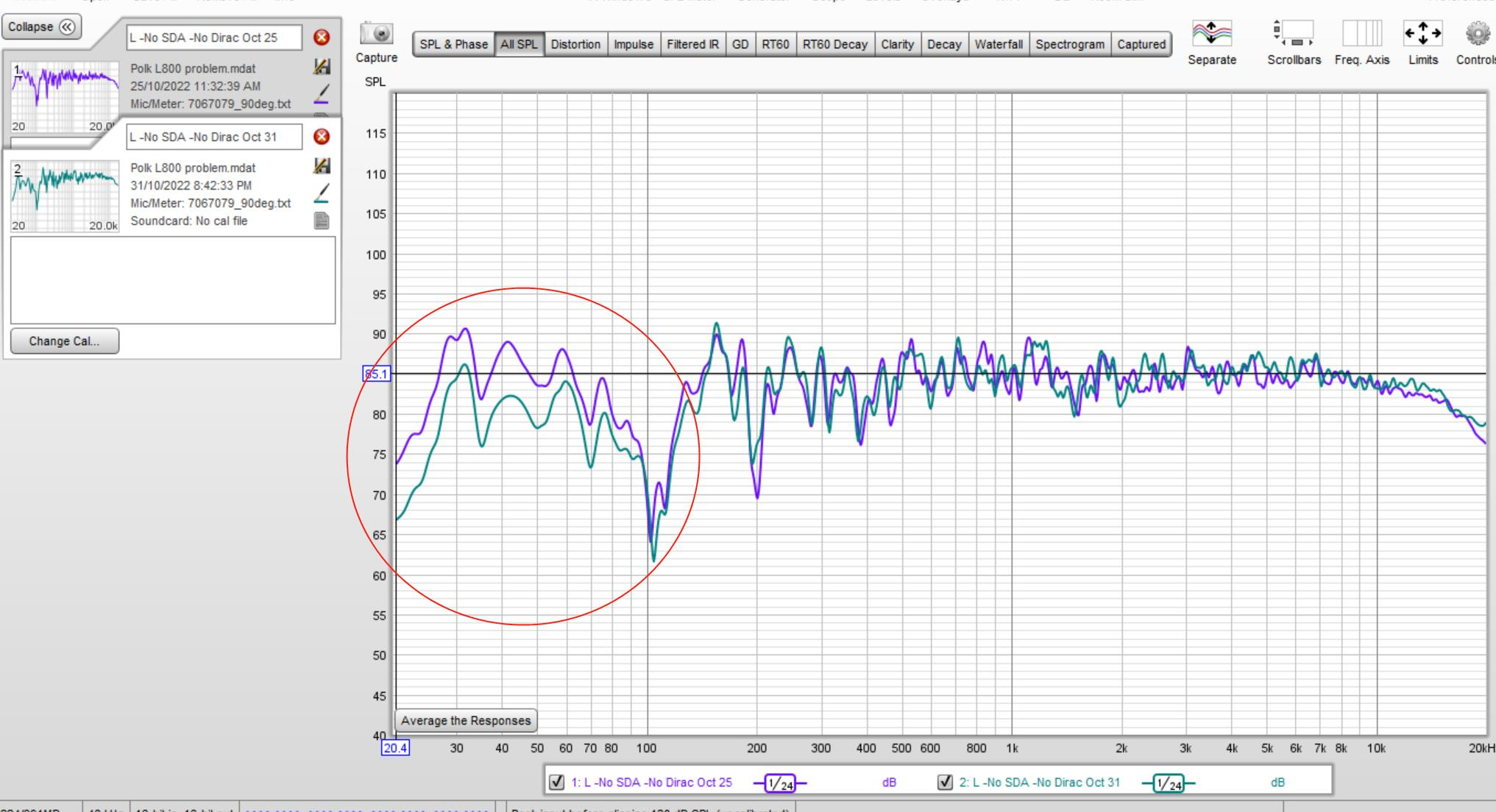