This article is aimed at those who want to be sure that they are choosing replacement and upgrade tweeters according to Polk's specifications and recommendations. Of course, owners are free to make whatever tweeter and driver replacements/substitutions they wish with their speakers. Some owners my subjectively believe that a non-standard tweeter replacement sounds better.

The RD0198 silk dome tweeter is the appropriate drop in replacement for the SL3000 tweeter used in the fifth generation SDA SRS series and in the RTA 15TL and RTA 11TL. The SL2500 is a cost reduced derivative of the SL3000 design. It was used in the Monitor 2 series speakers and in the RTA 8TL of the RTA series.

An alternative to the newer RD0 silk dome tweeter models is to track down the actual SL series tweeter, but those are not always available. Whatever replacement tweeter is chosen, it is highly recommend to invest in a Dayton Audio DATS V2 Audio Test System ($100) (or a similar speaker tester) in order to make sure that the tweeter is in proper working order. 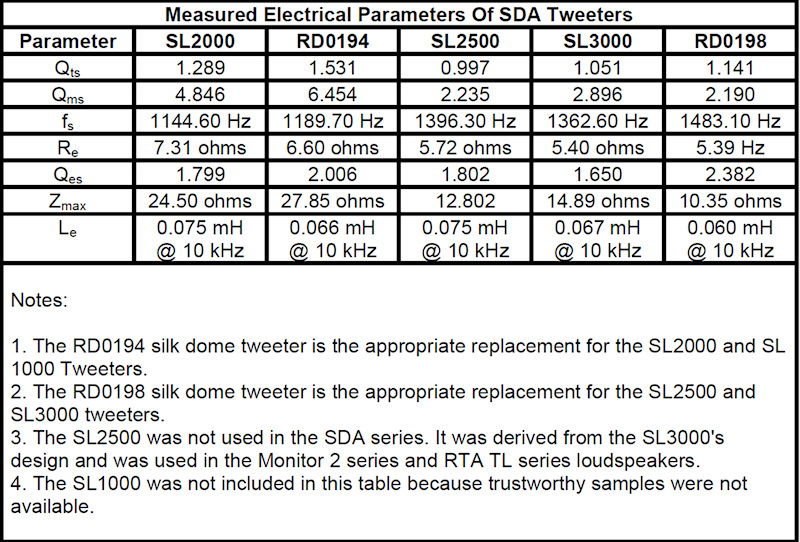 Qts - A measurement of the total electrical and mechanical control of a driver. (no units)

Qms - A measurement of the control coming from the speaker's mechanical suspension system (the surround and spider). (no units)

Qes - A measurement of the the control coming from the speaker's electrical suspension system (the voice coil and magnet). (no units)

Re - The DC resistance (DCR) of the driver. This measurement will almost always be less than the driver's nominal impedance. (measured in ohms)

Zmax - The driver's impedance at resonance. (measured in ohms)

Le - A measurement of the voice coil inductance. As frequencies get higher there will be a rise in impedance above Re. This is because the voice coil is acting as an inductor. Consequently, the impedance of a speaker is not a fixed resistance, but can be represented as a curve that changes as the input frequency changes. Maximum impedance (Zmax) occurs at fs. (measured in millihenries)

The measured values in table 1 provide some quantitative insight into why the RD0 series tweeters are upgrades to the SL series tweeters and why they are subjectively preferred by many SDA enthusiasts. 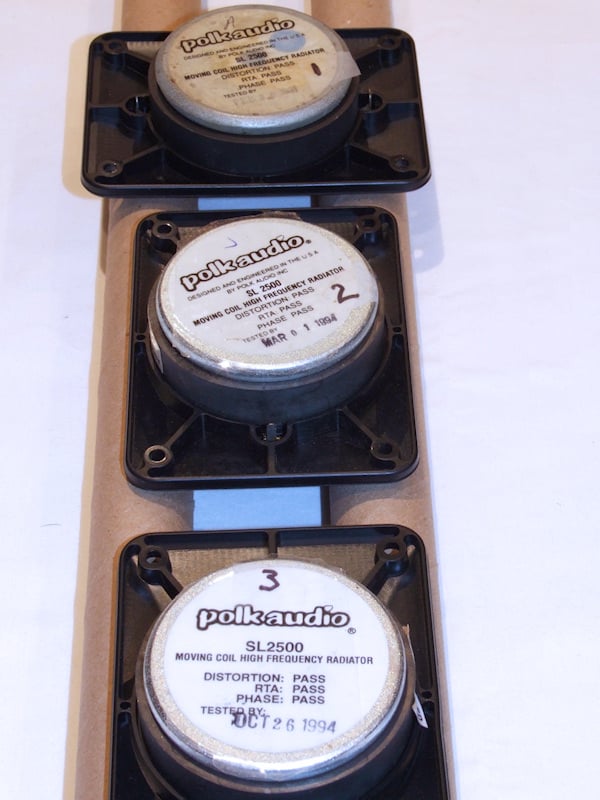 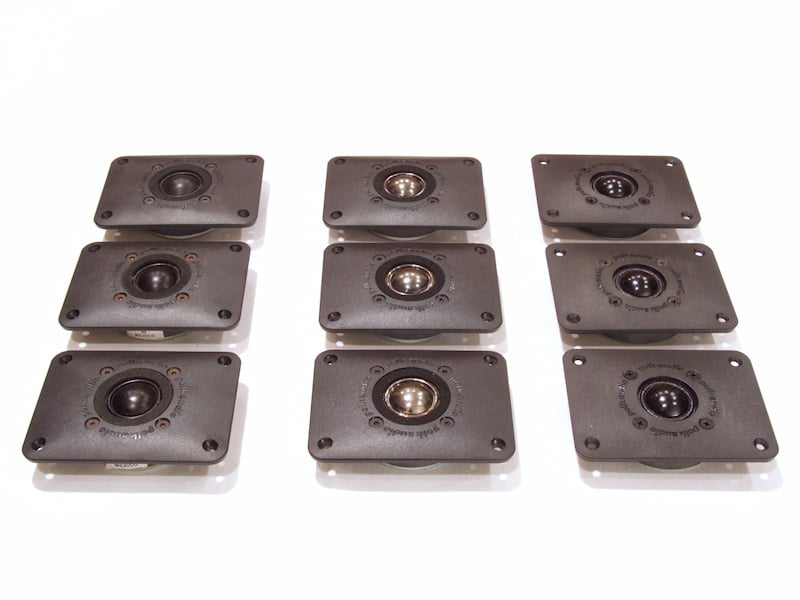 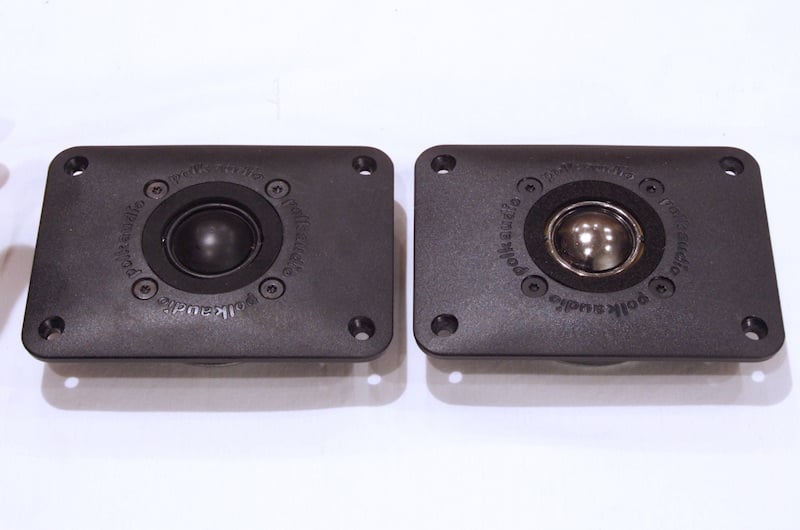 The SL2500 is similar in construction to the SL3000, and could be used as a replacement for the SL3000. However, as its overall lower Q measurements show, the SL2500 has lower performance with regard to driver control. This translates to lower performance in reproducing high frequency speed and detail.

The dome of the SL3000 has a shiny metallic appearance due to its vapor deposited metal layers. The SL3000 dome is composed of a triple layered (Tri-laminate, or "TL") construction with a top layer of stainless steel, second layer of aluminum, and third layer of clear polyamide. The SL2500 has a dull appearance and has a black polymer coating on the front and rear sides. It is not clear to me at this time if the SL2500's dome has a triple layer (Tri-laminate) structure similar to the SL3000's. 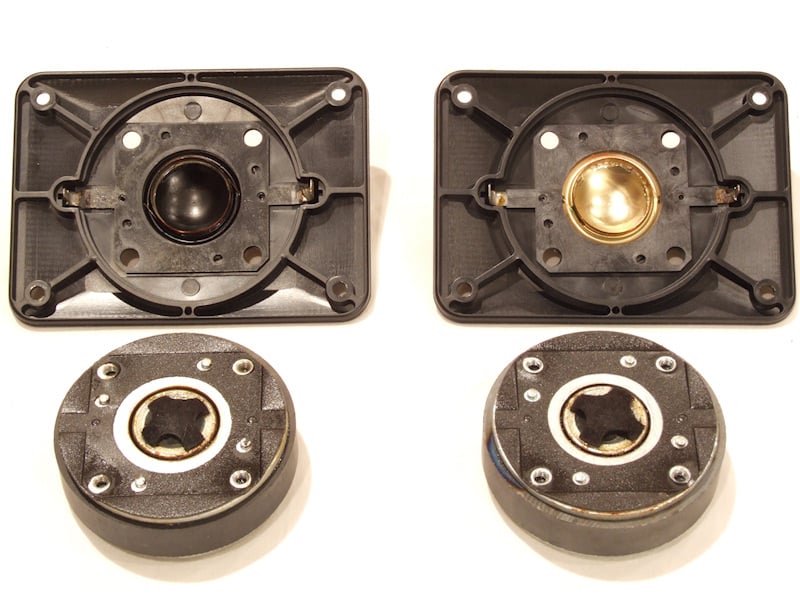 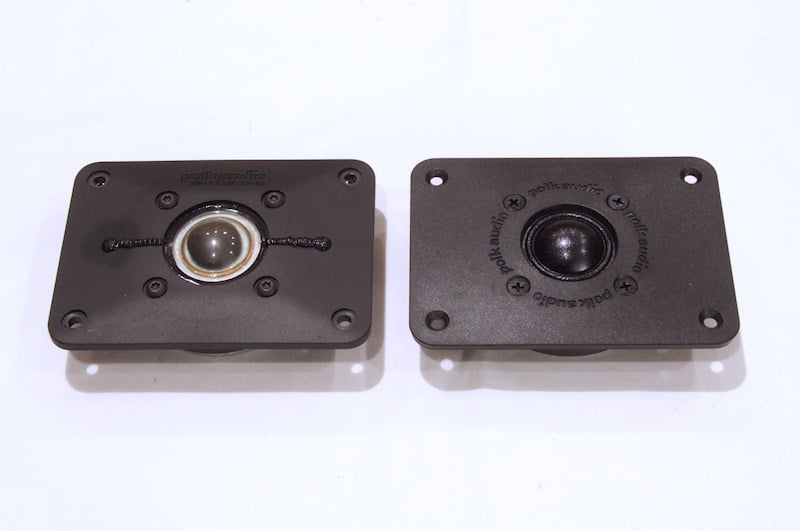 The 1989 versions of the SDA CRS+ and SDA 2B can be modified to support replacement of the SL2000 tweeter with either the SL3000 or RD0198 tweeters. The modification consists of the addition of a 5.8 uF capacitor in parallel with the 2.7 ohm resistor. This modification creates a contour network that corrects the rising high frequency response that would result from installing the SL3000 or RD0198 in these speakers. The SDA CRS+ and SDA 2B use the same crossover circuit. 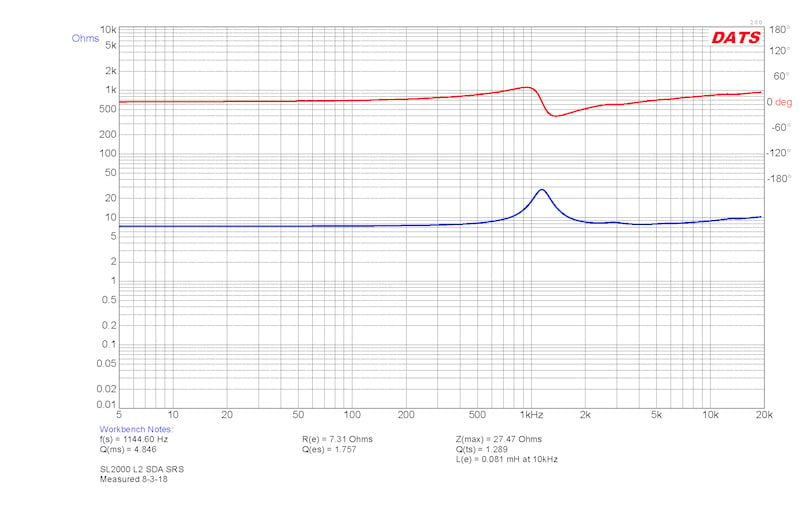 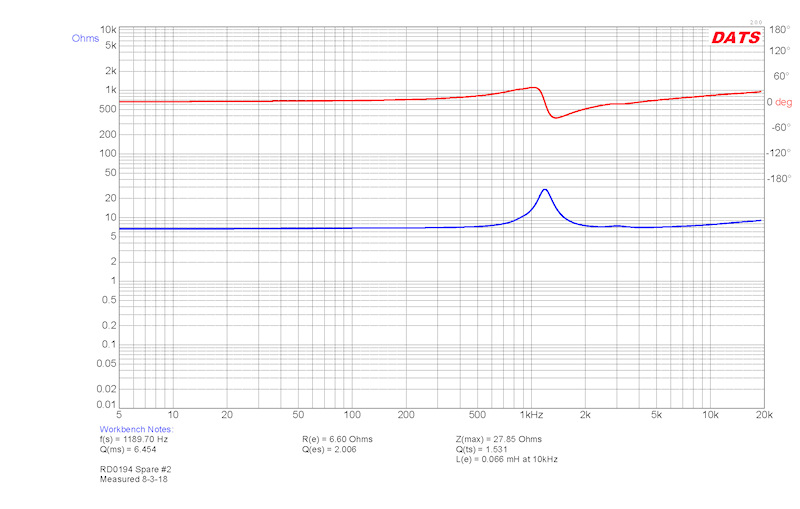 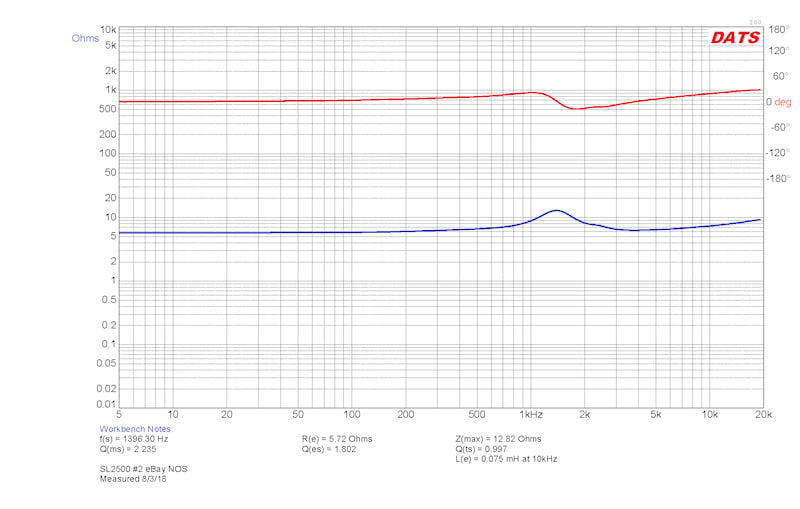 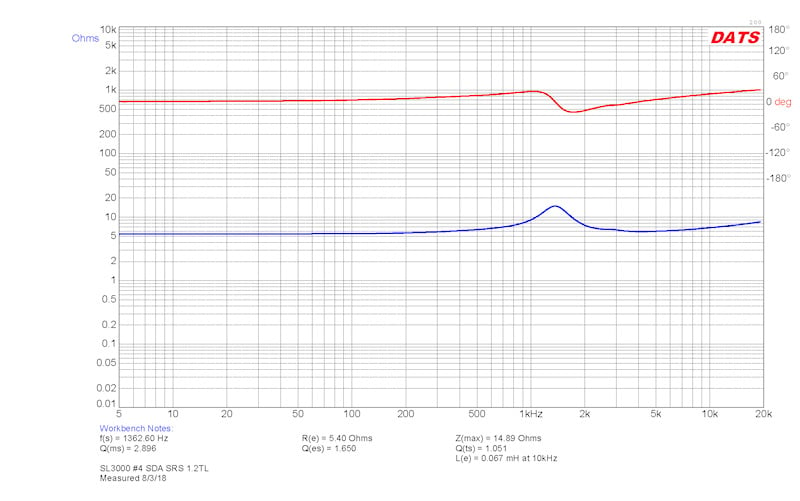 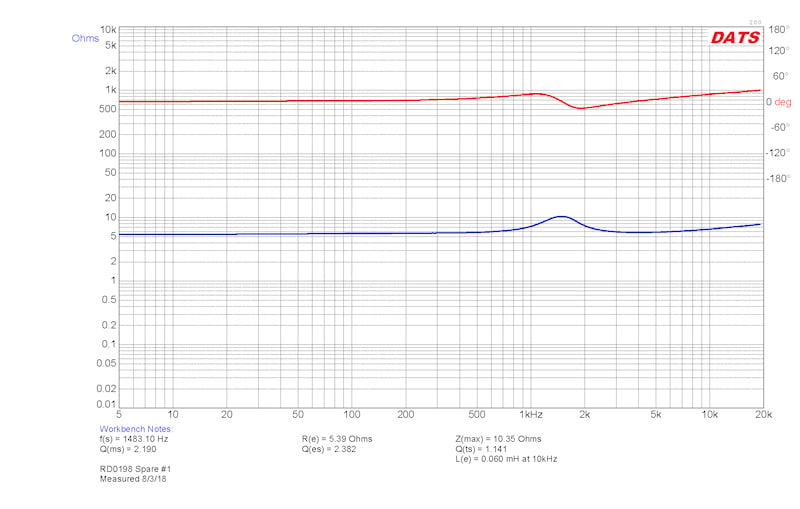