Anyone know what these are?

CH46E Posts: 3,398
February 2021 in Vintage Speakers
Friend of mine is looking at a storage unit and found these. No markings. I told him to take off the back to see what drivers were in there but I don't think they will let him. 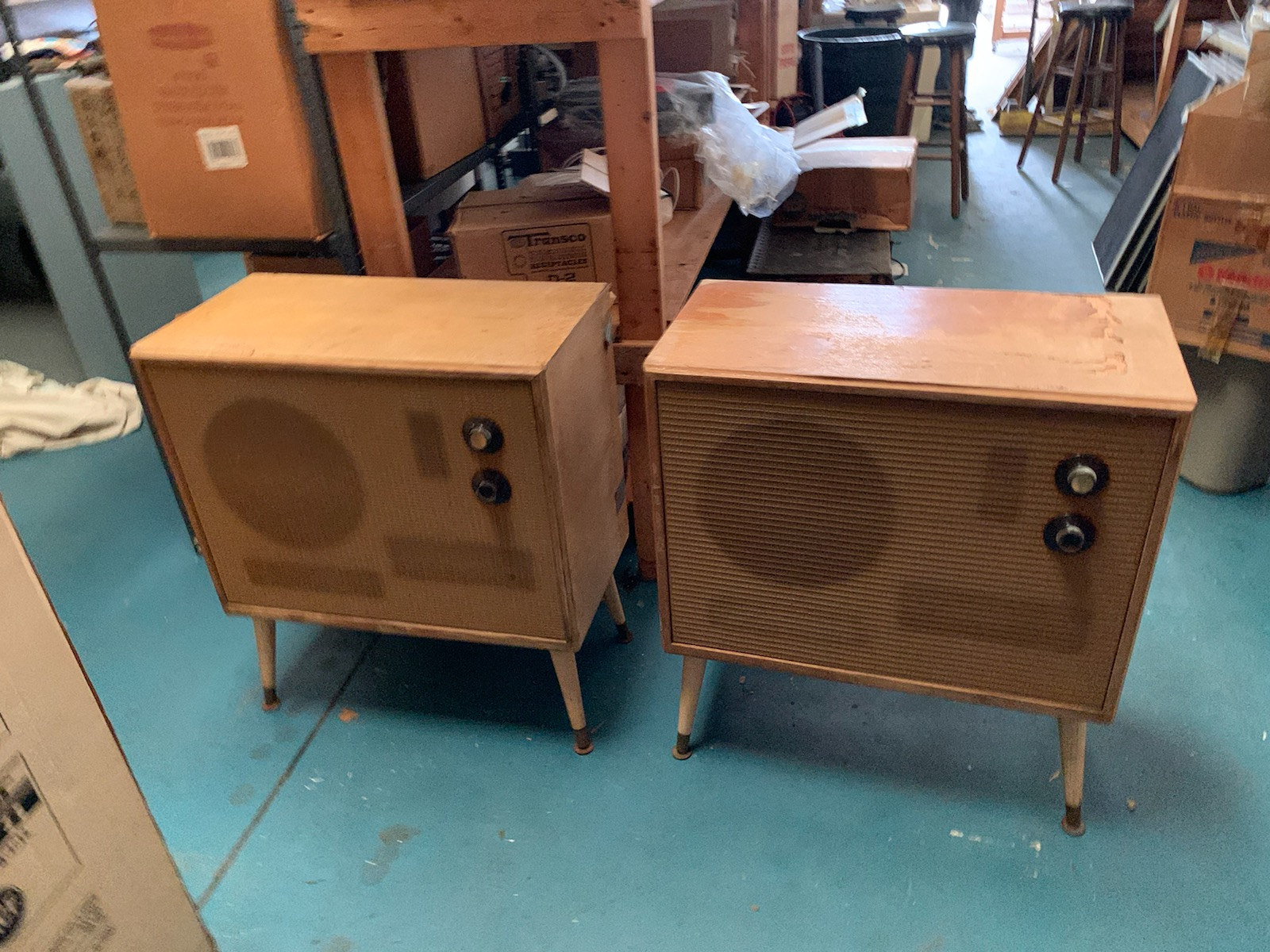