wispolkboy Posts: 134
January 2021 in Vintage Speakers
So I decided to remove the vinyl laminate on one of my sets of 4A’s and veneer them with cherry wood (paper backed).
I used a heat gun, razorblade and some gloves. I heated up about a 5”x5” area at time and just pulled. It was definitely a learning curve. I found that heating up as much area as possible worked the best and pulling from back to front because of the wrap around on the front edge. After I all vinyl was removed I checked for damaged corners and filled them with wood filler. The corners on my 4’s were not that bad considering their age. I have decided to use titebond original glue for the adhesion. I will apply the glue to both surfaces and let dry (x3) then position and use an iron to reconstitute the glue. I think this will give me the best opportunity to align the wood grain on sides and top. If anyone has done this method I would appreciate some feedback on it. the other thing I am considering is to make a rabbit cut on the front edge (where the black part meets the wood veneer) to allow for the thickness of the veneer. Help on this would also be appreciated. I was able to remove one of the polk audio badge without breaking it. the other badge, well the post that goes into the wood snapped off, looks like I will have to glue it on. 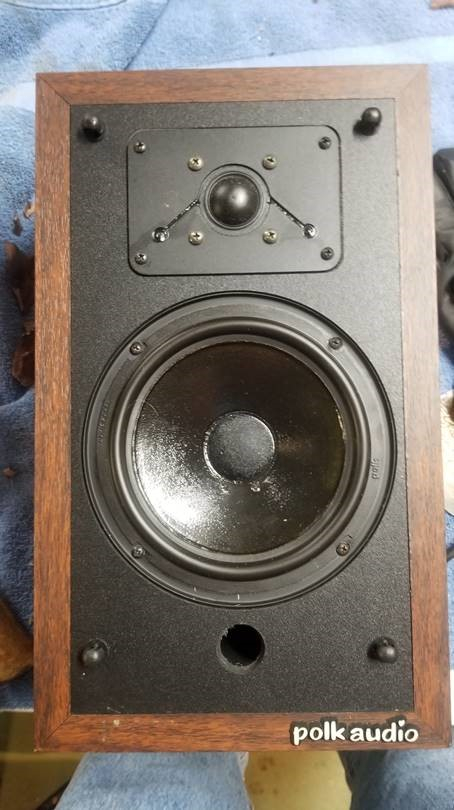 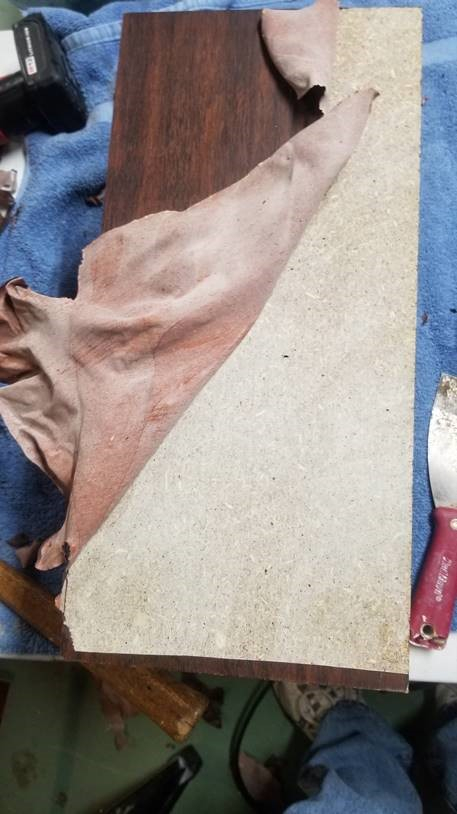 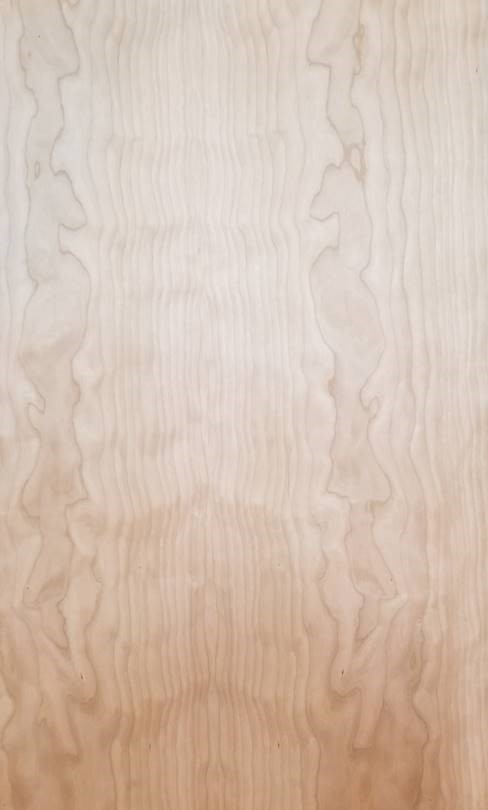