gmcman Posts: 1,613
August 2018 edited August 2018 in DIY, Mods & Tweaks
I've been going back and forth trying to decide on what to use to internally re-wire my 2.3TL, decided on the Cardas Litz 15.5ga. I feel the factory wire being 29 years old, is likely a bottleneck in my system. I say that cautiously as any component can hold back what another piece of gear is putting out, but it's a safe bet if I really want to see the full potential of these speakers, some type of fresh, high-quality copper is in order.

Piecing this system together over the last year, has resulted in mostly positive results. I think the McCormack DNA-1 paired with the RLD-1 has added a great amount of clarity and liquidity to the speakers. The RLD-1 is still stock, while the DNA-1 was upgraded to Ultra Platinum late last year.

For the 2.3TL's, I have added the rings, BH5, dynamat on the baskets, Cardas binding posts, Erse SuperQ for the large inductor, along with the Sonicap Gen1/Mills crossover upgrade with Jantzen air core board inductors.

At this point, the stock wiring is left and with all the recent upgrades, one thing that seems to stand out, is there's a hint of grit for the lack of better terms, mainly in the vocals. Grit may be a bad analogy, but I don't feel my system is bright, but just coming apart a little bit in the highs and also the midrange vocals.

Before I open the cabinets up again and give the Clarity CMR a run, I wanted to at least upgrade the wiring, being the last link before the speakers. I was able to get a slight price break using the white wire but mainly for ordering more than 100'. I do plan on using some of the leftover elsewhere, but I also wanted a little bit more than the normal length for the 2.3TL since I wanted to solder the wire to the speakers and needed some room to work with.

After tinning all the ends in the solder pot, I used some color-coded heat shrink to mimic the factory wire which aided in the final assembly. I added about 3-4" to each lead to aid in soldering. 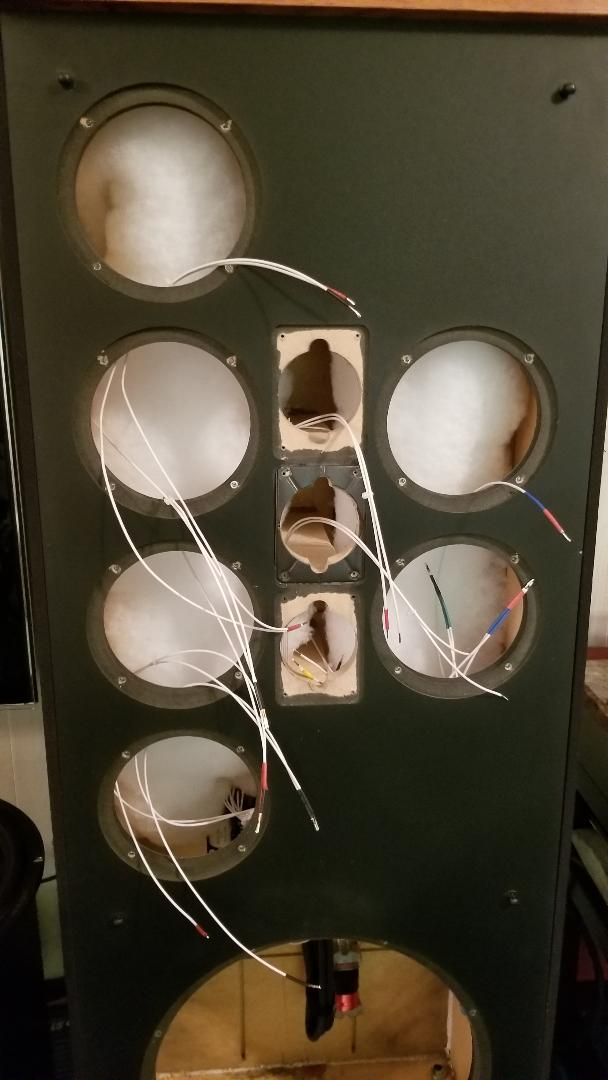 Using some heat sink clips on the terminals took some heat away from the rest of the connection, had no issues there. Trying to get a stand to reach each opening was challenging so the temporary Dreadnought stand was called to duty. 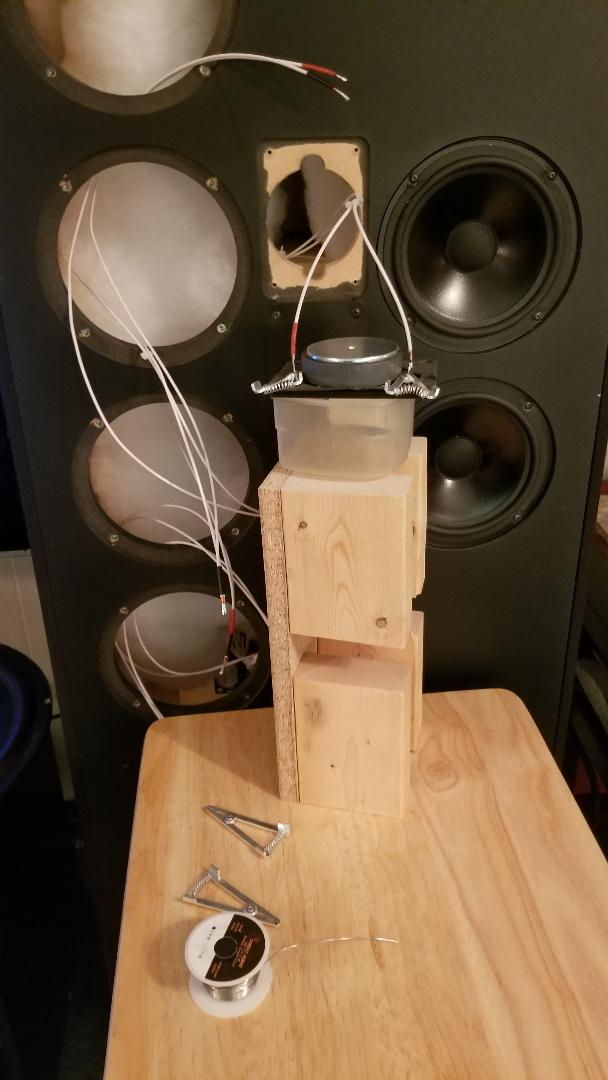 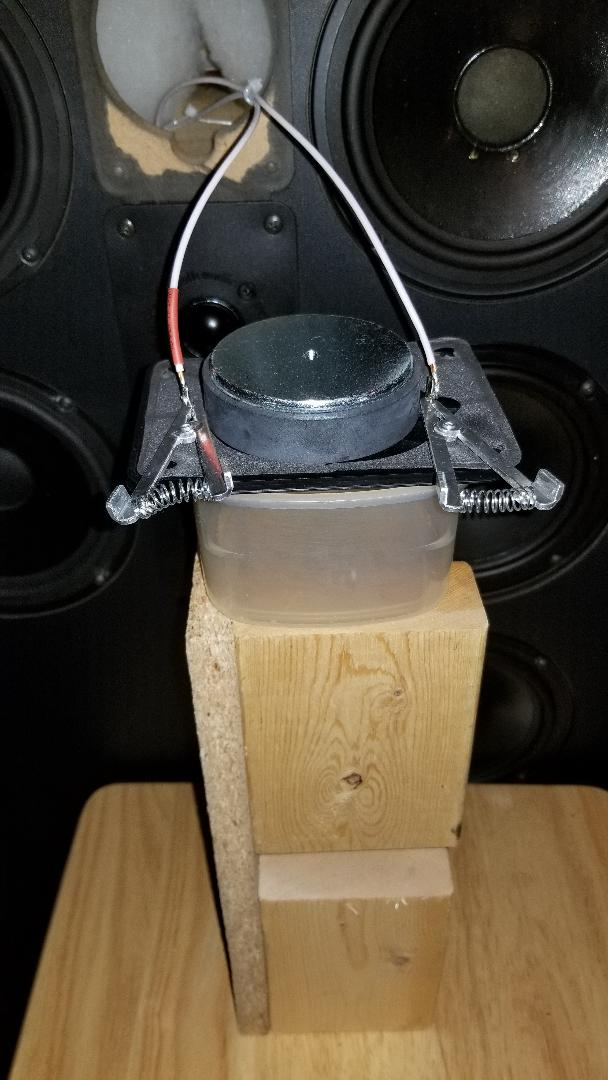 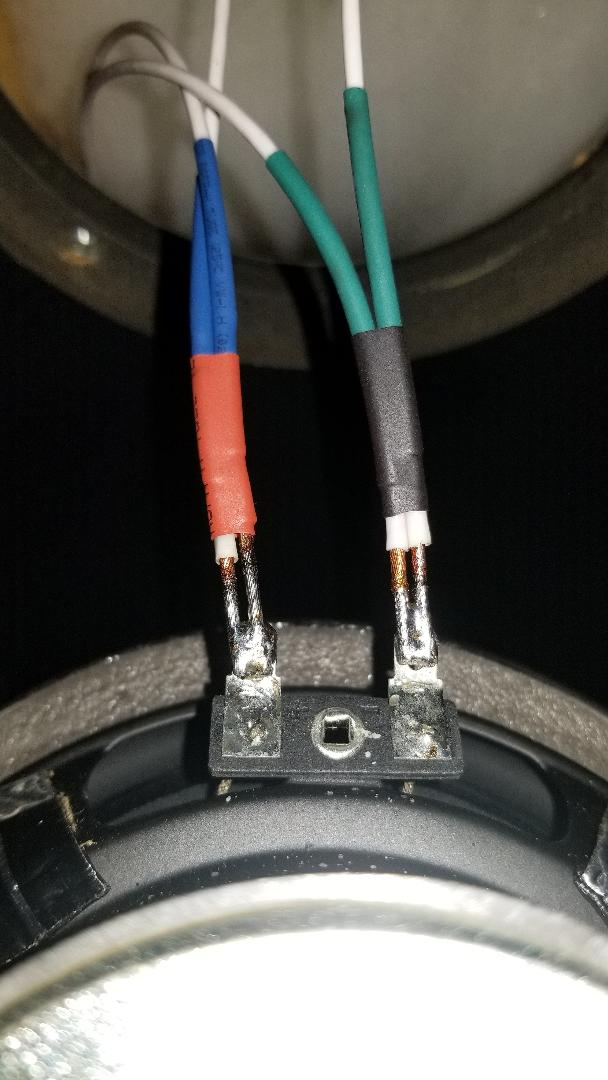 The added length came in handy when soldering, easily tucked out of the way. 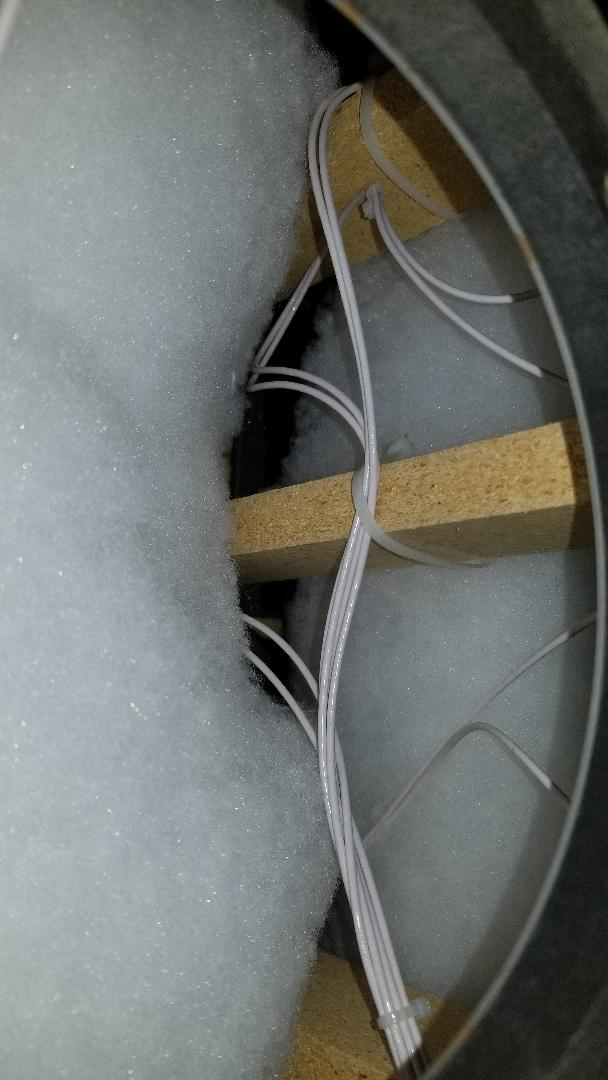 I started with the left speaker and when finished I did a polarity check, then performed a quick listening test despite using stereo instead of mono, I wanted to see if I could hear the difference right out of the gate.

I loaded "Never Coming Back" from the "Rumors" album and listened to the right speaker for about half the track, then started over on the left.

The difference was quite dramatic.

I put the balance in the middle and it was basically unlistenable, there was no synergy and I was trying to focus on the left speaker despite being the same volume level.

I called my son in the room and let him listen the same way I did and his eyes lit up when he heard the left...lol.

Needless to say I went on the right speaker then gave it another test run. This time I honestly was hearing these new components and upgrades over the past months as they were trying to be heard.

Right away the realism, the clarity, smoothness, stood out. The highs weren't as pitchy but after a few hours some of that new found "warmth" went away and the highs were not as smooth.

I let it play all week returning briefly after about 48 hours, at this point it sounded much better and the transition between highs and the mids were near seamless.

At about the 100 hour mark I ran through some CD's and was struck again by the realism of the vocals and the overall smoothness. The depth of the soundstage gave way to some subtle nuances I couldn't make out before but the added clarity has really let these sounds come through.

I wish I had a better recording, but I did take a few videos with my Sony XR500 and the ECM-HQP1 external microphone before I changed the wire. This mic is great for outdoors for distances, but for this purpose, the background hiss is overbearing....so I apologize. Also, it seems to exaggerate the hard S's and T's a little but I think that especially with some good headphones, the difference will be audible.

This is going from a camcorder to You tube, so the file degradation is inevitable. Even though, after about 2 min of the stock wire video, the Cardas video will sound much smoother.

The camcorder was placed on a tripod in the same spot as where my head would be, and this is right at 9'10" from the front plane of the speakers. The XR500 is setup more for telephoto than wide angle which is why I couldn't get all the speaker in the frame.

I will say if you're on the fence about rewiring your speakers, just do it. This is one of the single largest sonic upgrades I have done.

Is there better wire? Pretty confident there is especially based on other members' reviews, but this is clearly better than the factory wire.

Here's two videos, again, sorry for the background hiss, but the first video will sound somewhat flat in the vocals by comparison and not nearly have the smoothness of the 2nd.

I would put the audio in the video about 1/8 octave higher than actual during the loudest passages....not as ear piercing as it sounds...lol.

2nd video was taken at about the 100 hour mark.

New mount swallows up a lot of wire if you use the hideaways.

Bruce Springsteen "Highway 29" About 2/3rd's of the track. 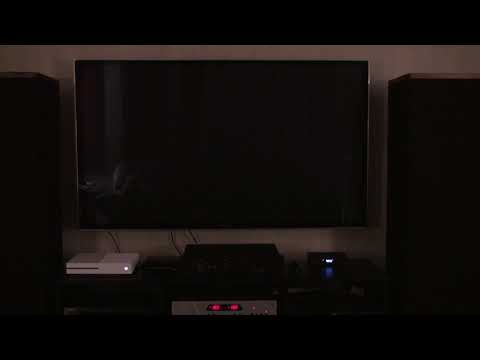 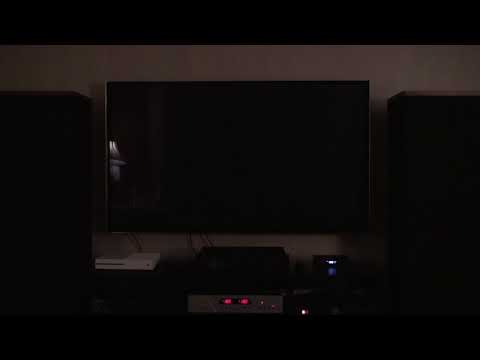