ALL212 Posts: 1,269
August 2017 edited August 2017 in Going Digital
I've been through a few DAC's over the years and have had some decent ones. I've also owned a few that didn't stay in the system very long. I recently picked up some new speakers that opened up my listening experience. As I rotated my DAC's through the main rig I found some differences but suspected there was something missing.

I've recently sold my LITE DAC 60 and the Stello DA 220 - both were very good DACs. In their stead I purchased the Oppo Sonica. A very flexible and also good sounding DAC but I kept reading about Schiit and the Multibit approach with the non-standard (to audio) D/A converters they were using.

Bring on the Schiit. I like their irreverence towards this hobby, kind of a no BS approach to what to expect with their products and also not afraid to post about their failures and successes as they bring a product to life.

I played with the idea of a Gungnir Multibit but have sold a few things so decided to dive headfirst into the Yggdrasil (yes, I'm sure you actually have to spit between the g's to pronounce that correctly). As I ordered I noticed that they were available so expected the Yggy to arrive shortly. A couple days later I noticed that there was a shipping delay and emailed in to see what the status on my order was. I got a very prompt and honest response that there would be a delay in shipping mine. I kept in touch with Laura from Schiit and got updates as I requested them. Finally...finally my box of Schiit arrived double boxed with plenty of space age foam surrounding it so no issues with packing or shipping at all.

I'm feeding the Yggy from an Oppo UDP-203 with hard drives attached to it. The Yggy is "only" a DAC - no fancy stuff - so the Oppo is the media source for me. Schiit recommends some break in time before full evaluation. I've had mine running since Saturday night - 8pm ish so we're coming up on 48 hours of Schiit experience.

So...
DAMN!! Go buy yourself some Schiit.

Everything is "tighter" and I'm not going to get more precise than that. All instruments live in their own space, nothing over rides anything else. Soundstage is dead on as the speakers have disappeared. This DAC is hands down the best DAC I've ever owned. 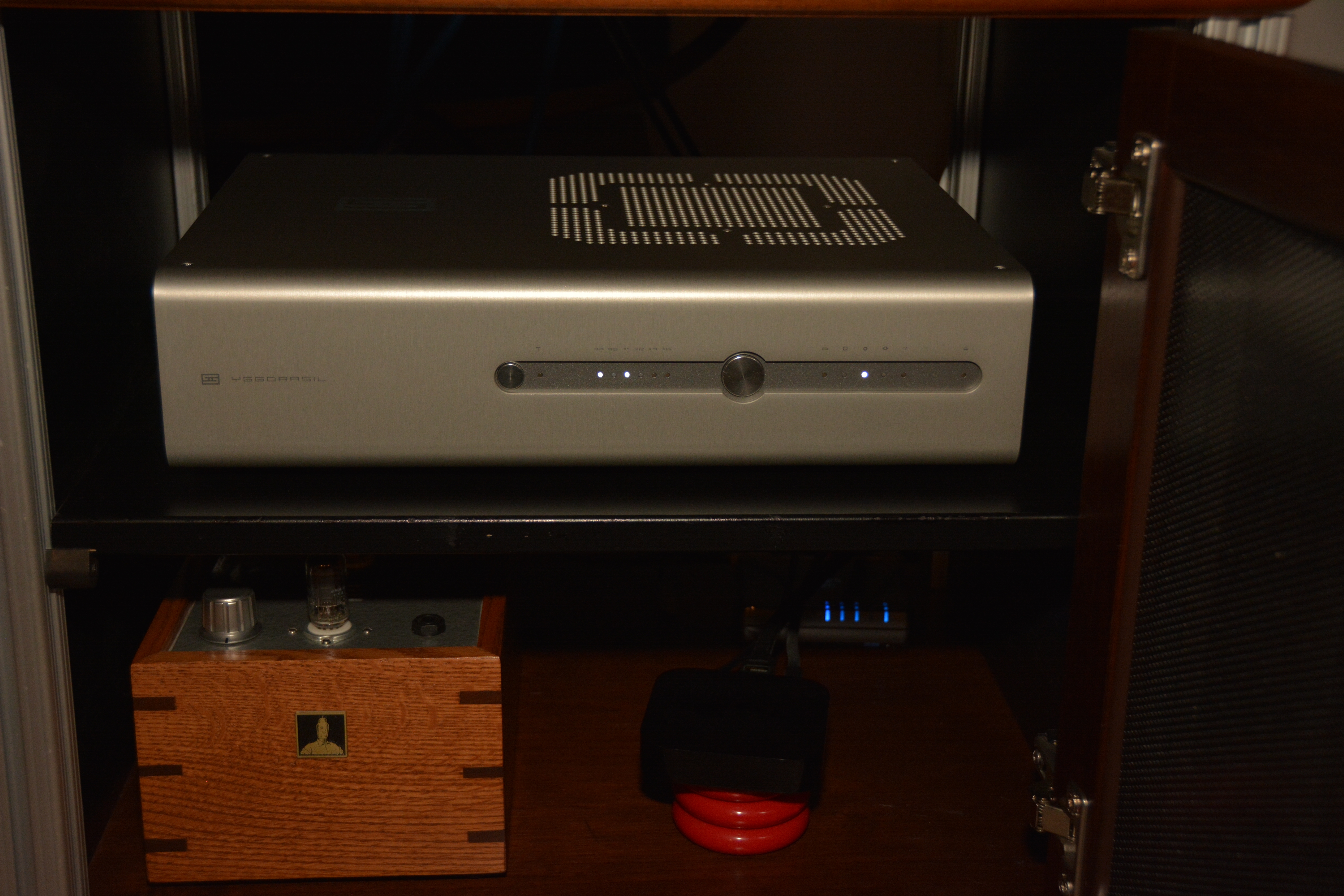 Stock picture of the Schiit butt. 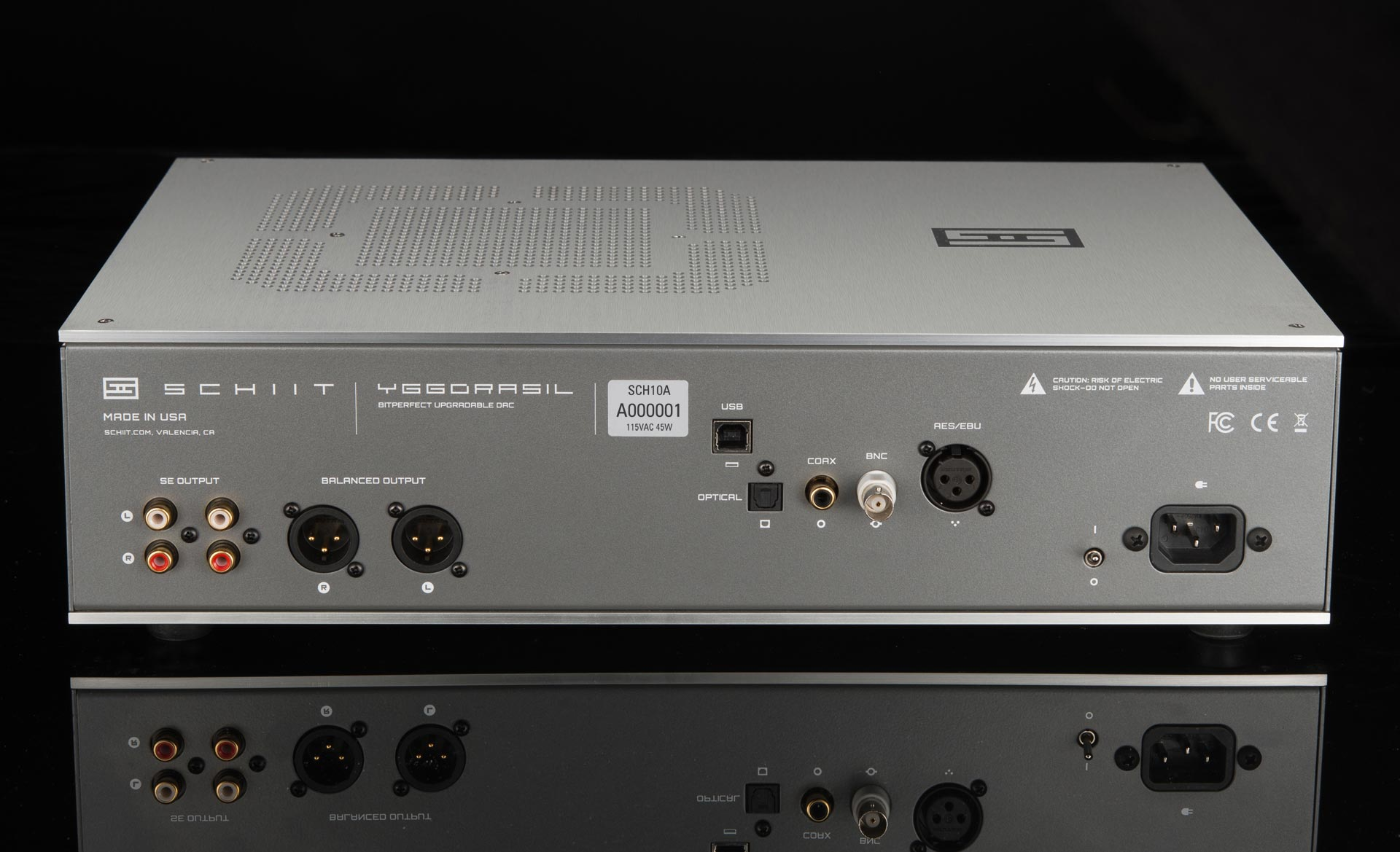