I had put off digitizing my movie collection for quite a while because I didn't want to spend the time and money. I finally got around to doing a "proof of concept" study playing DVD and Blu-ray movies from a hard drive in an external enclosure. After that brief exposure to "moves at my fingertips", there was no going back. 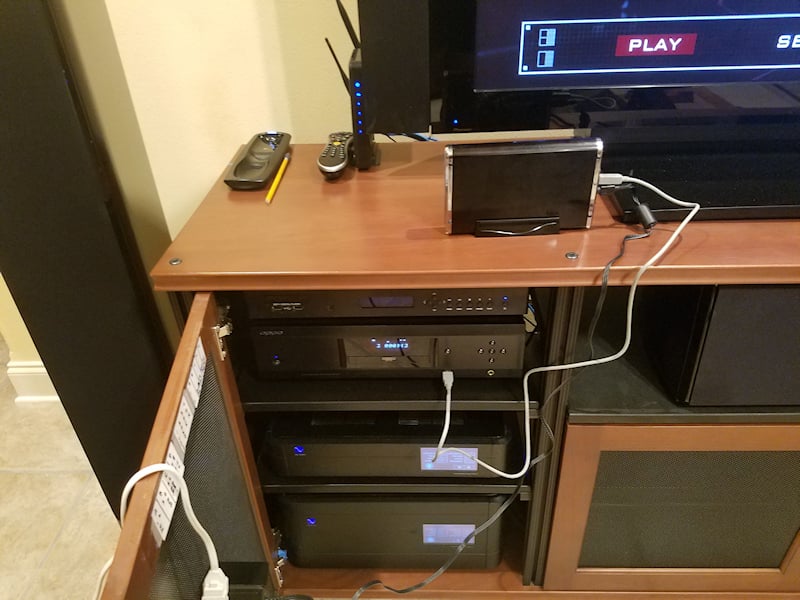 Figure 1. Proof of concept - movies from a hard drive.

A Synology DiskStation DS918+ network attached storage (NAS) was selected for the video server, along with four 8 TB Western Digital Red NAS drives. The DiskStation's memory was expanded from 4 GB to the maximum 8 GB. After formatting the hard drives and installation of the DiskStation's operating system, each hard drive had 6.98 TB of storage available (27.92 TB total). The DS918+ was very easy to setup and use. 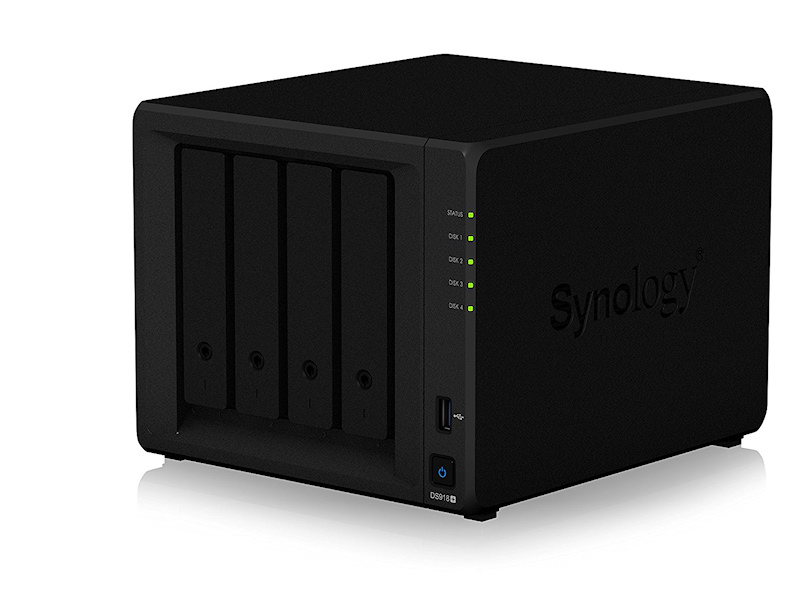 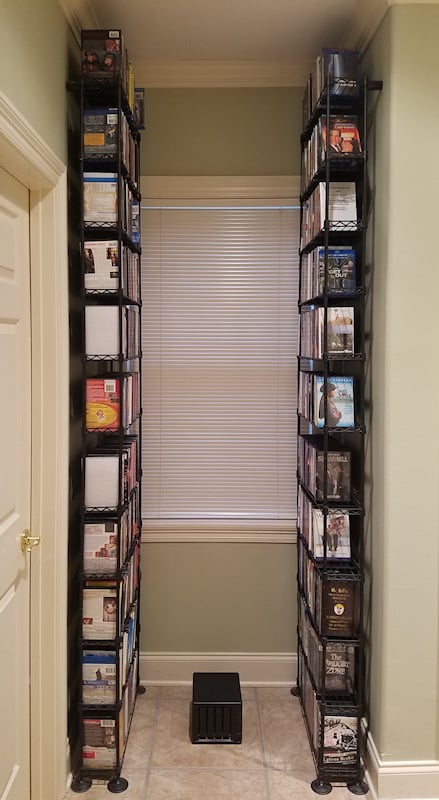 This was my fifth media conversion project:

The computers used were

Three computers were used and three discs at a time were processed during ripping sessions. The laptop and small desktop computer did not have Blu-ray drives. LG WP50NB40 external USB Blu-ray drives were purchased for them. Ripped files were stored on one of five hard drives in external enclosures.

Ripping Tools were MakeMKV ($50), AnyDVDHD ($87), and MKVToolNix (free). MKVToolNix was used to merge MKV files. There were three DVDs that had half the movie on one side and the other half on the other side of the disc. I was not interested in saving storage space, therefore no compression was used during ripping. I wanted bit for bit copies of my DVDs and Blu-rays, with everything that was on the discs transferred to the server.

MakeMKV is free for DVD full functionality. A $50 license is required for Blu-ray functionality. AnyDVDHD was used to rip all Blu-ray movies. I have some Blu-ray television series discs where I only wanted to rip particular episodes. MakeMKV was used to process those. MakeMKV claims to be able to decrypt any media disc without the assistance of third-party software. This was true in the vast majority of cases. There were a few DVDs that MakeMKV could not decrypt. I had to run AnyDVDHD in the background and then process the disc with MakeMKV. MakeMKV ran 30% to 50% slower with AnyDVDHD running in the background. 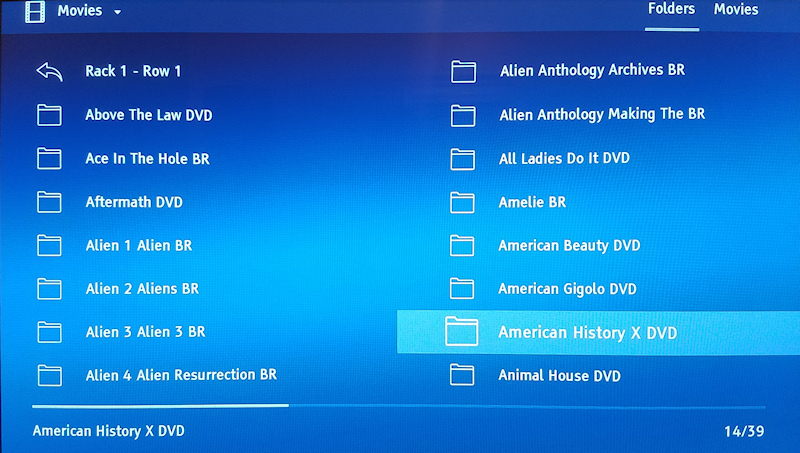 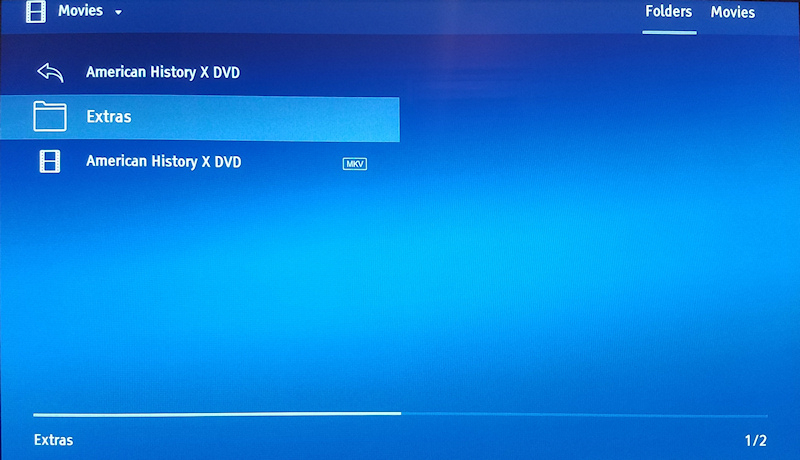 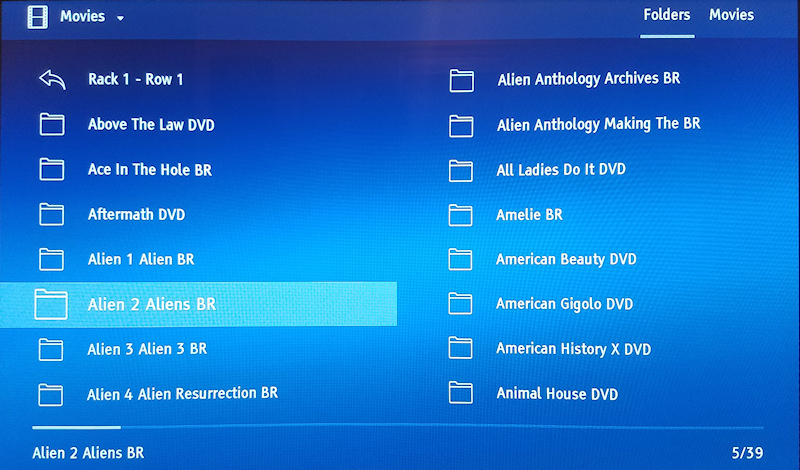 Figure 6. Blu-ray movie folder playback can be done in two ways depending on how the content is connected to the player.

If the Blu-ray folder is contained on a hard drive connected to the player by USB cable, simply clicking on the (modified) folder that contains the Blu-ray files will start playback from the disc menu. If the Blu-ray folder is on a drive connected to the player over an Ethernet network, an extra step is required. The Blu-ray disc files must be copied into a folder titled "AVCHD" (Advanced Video Coding High Definition). That modified folder should be placed inside a folder with the title of the movie name. In order for the Oppo UDP-205 and UDP-203 Blu-ray players to play Blu-ray folders over a network, the "BDMV" folder had to be processed with a utility called "BDMV Modifier 2.0". This utility modifies the index.bdmv file in the BDMV folder in order for the player to treat the folder as a disc. BDMV folders do not have to be processed individually. The utility can be pointed to the main directory of a hard drive and it will find and process all BDMV folders on the drive. The utility can also reverse the modification in case the user wishes to burn the Blu-ray files to disc.

Blu-ray loading was much faster over a network or USB connection compared to loading from disc. Some examples: 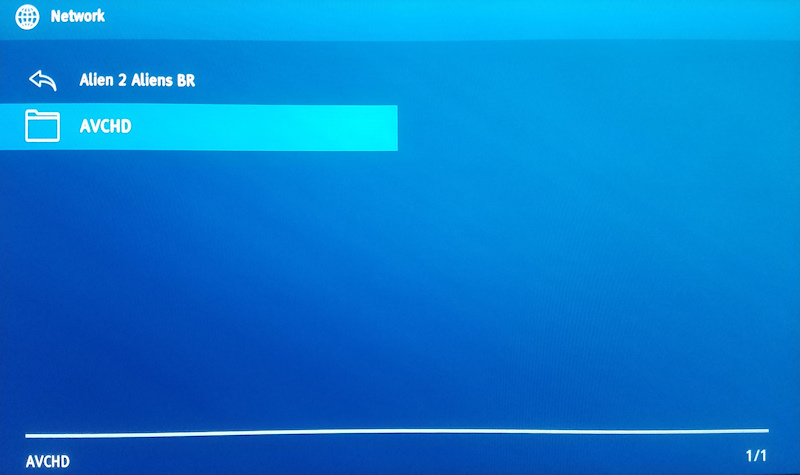 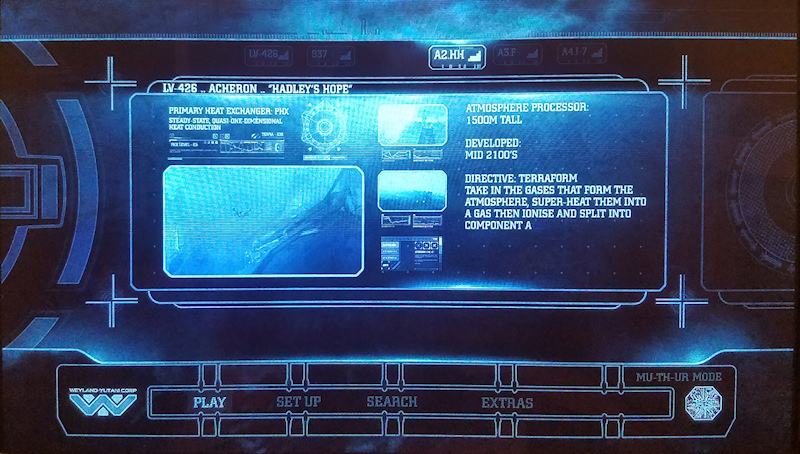 Figure 8. Alien 2 menu. Playback from the NAS was identical to playing from disc.

"So hot it burns Mice!"~DK "Polk SDA-SRSs are hopelessly out of date both sonically and technologically... I see no value whatsoever in older SDA speakers."~Audio Asylum Member "Knowledge, without understanding, is a path to failure."~DK "Those who irrationally rail against something or someone that is no threat to them, actually desire (or desire to be like) the thing or person they are railing against."~DK
0 · Share on TwitterShare on Facebook