mantis Posts: 16,259
June 2018 in Electronics
Hello all,
I did something I never did in the past. I went Video first then Audio second. With 4k HDR and now Dolby Vision I felt I was just getting behind and wanted to experience these formats in my own home.
So first off I had to really sit down with myself and Take my Pioneer Elite 60 inch Kuro off the wall and hang a Sony 65XBRZ9D. As awesome as the Z9D is taking down my forever loved Kuro was a very hard move. The Kuro stops at 1080p and to this day I'll go on record to say there is NOTHING on the market up to right now has a better picture for up to 1080p content. Not even the mighty Z9D can outperform it here.
Next was my Apple TV, easy as it's just an upgrade from the last one. Swapped it out now I I have 4k there. Dolby Vision HDR all good.
Ok then I swapped out the Xbox one. Another easy move, now I have 4k gaming and HDR for Blu ray and game playback , blu ray here until I can grab an Oppo 203 or 205 I'm on the waiting list.
Now for the BIG ONE which to me is just as personal as the Kuro the Mighty Pioneer Elite SC-99. This is the LAST of the greats for Pioneer. I looked at the new SC LX models and now the flagship does not support USB High Rez so that really bothered me and it's $3000.00 retail. So I decided not to go that route. I dug into Arcam and they are pretty fantastic but quirky to control, just upgraded to Dolby Vision and I think I'm gonna play without Showroom model once it's installed and really test it there instead at home.
I have a NAD T187 Preamp but have the older HDMI cable v2 in it so no 4k support. The replacement V3 card is $599 and for that kind of money just to test drive 4k then go buy a new 7 channel amp which NAD doesn't make anymore just pissed me off.
So I decided to go with the Sony 5000es receiver over the Integra as I really like the no bullcrap approach. This is closer to what I would want out of a preamp or receiver as it doesn't have streaming crap, extra bells and whistles but it has everything I want except one thing, dual separate Subwoofer outputs. It has a built in dual out splitter so tuning my Mythos ST subs i'm back to my technic I developed when I had the SC-68.
I have a Total Control Control system in my home and I programed it this morning. What a breeze it is to control the Sony. I'm using IP control on the Tv and the receiver and it's seamless and fast. I did however test IP IR and RS232 on the SC-99 and that all worked fine as well.
So I listened to some music on it out of the box with manual calibration and I'm kinda surprised how nice and warm the Sony sounds. I think it might lack some of the punch and dynamic range the SC-99 has but I can't be sure until I fully calibrate it and use the Sony Auto cal plus my tweaks on top of it.
Video wise I'm loving it. I now can pass Dolby Vision from the Apple Tv and it's pretty killer. It's not night and day vs HDR as the SC-99 did support HDR but not Dolby Vision. This is the ONLY reason I moved the SC-99 and put it up for sale. If it did Dolby Vision it would NOT be up for sale. That is a special receiver and I love the hell out of it. I hope who grabs it uses it the way I did as for music it's amazing.
Once I fully calibrate and really get some time in front of the 5000es I will post a full mantis style review on it. This to me is a learning piece but hopefully it's good enough to sadisfy me for maybe a year until I figure out the Arcam, NAD releases a new matching amp to my T187 preamp and drops the price on the HDMI card upgrade. Audiocontrol impresses me enough to buy their preamp and amp or Pioneer comes back out with a USB High rez receiver again but that I'm not holding my breath. 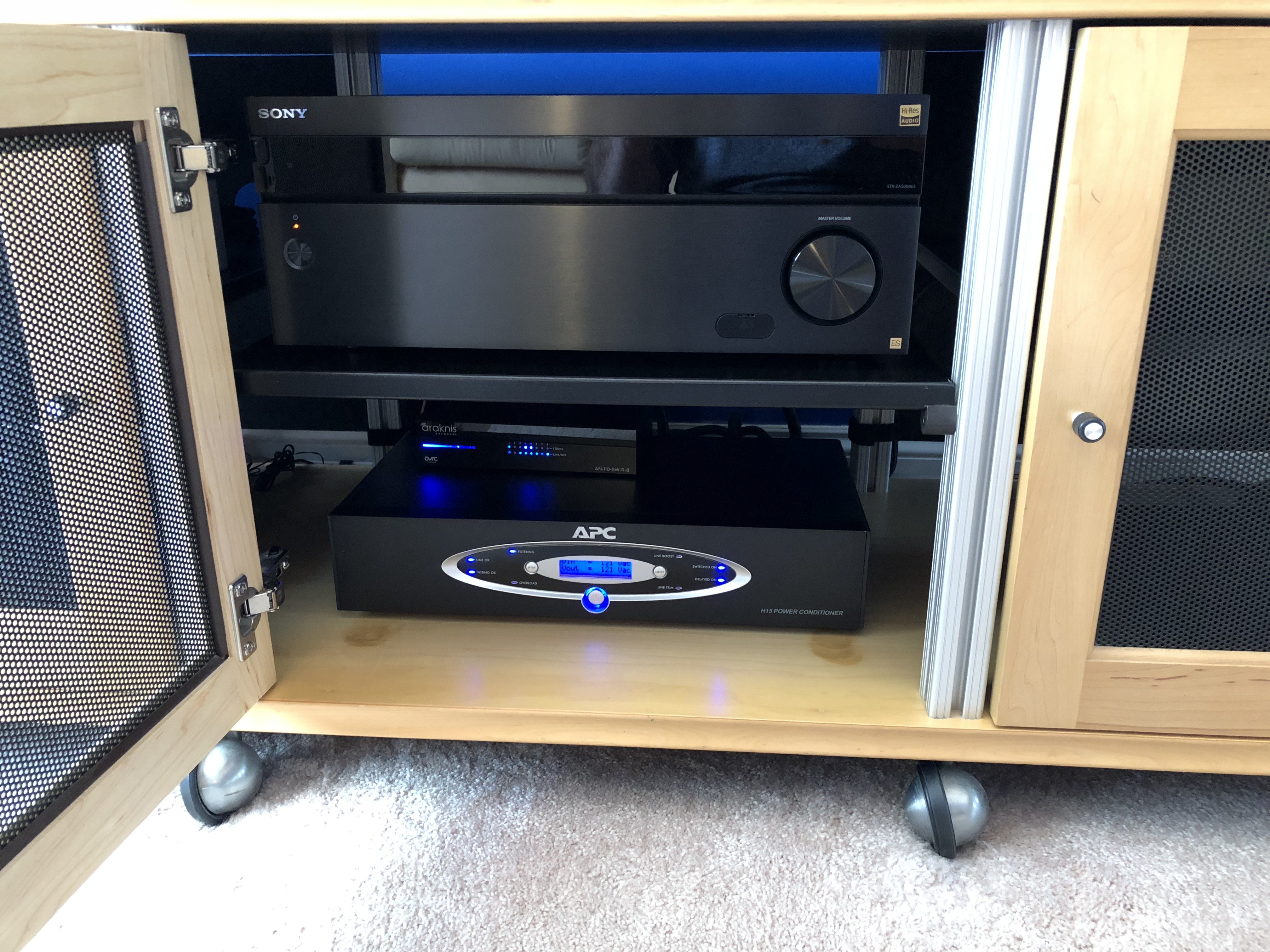 Dan
My personal quest is to save to world of bad audio, one thread at a time.
0 · Share on TwitterShare on Facebook