I attended Audio eXPO North Amera 2018 with one goal in mind: finding candidates for a loudspeaker upgrade for my two channel system. I was not successful in that regard. I was successful in finding out what my "dream" speaker would sound like. It would have the speed, clarity, detail, resolution, liquidity, dynamics, and build quality of the Sonus faber Aidas coupled with the sound stage, image weight, image stability, and tactile sensation of my hotrodded SDA SRS 1.2TLs. In other words, my dream speaker does not exist...yet. However it's creation is well within the the realm of the possible...if not the probable...and I now know exactly what it sounds like.

My report on AXPONA 2018 is split into three parts:

1. General Notes.
2. Review of the Sonus faber Aida.
3. Modification of my friend's SDA 1Cs and his impressions of AXPONA 2018. 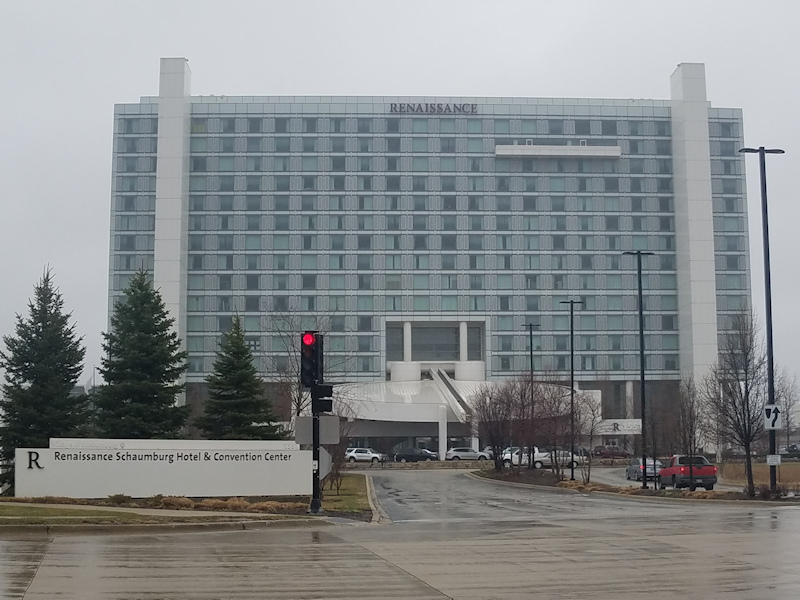 I did not stay at the show venue. I stayed at a hotel 5 minutes away with similar amenities and 1/2 the room rate. I thought I might have an issue with parking, but I was able to find (free) parking a short distance from the hotel entrance on each day of the show, even on Saturday...when everyone and his brother showed up.

Friday was very laid back with no crowded rooms (at least not the rooms I was interested in) with plenty of opportunity to listen in the sweet spot. Saturday was crowded. Sunday was back to being laid back. Figure 2. I wondered if this was going to be worth the extra cost. It was, if only for the... 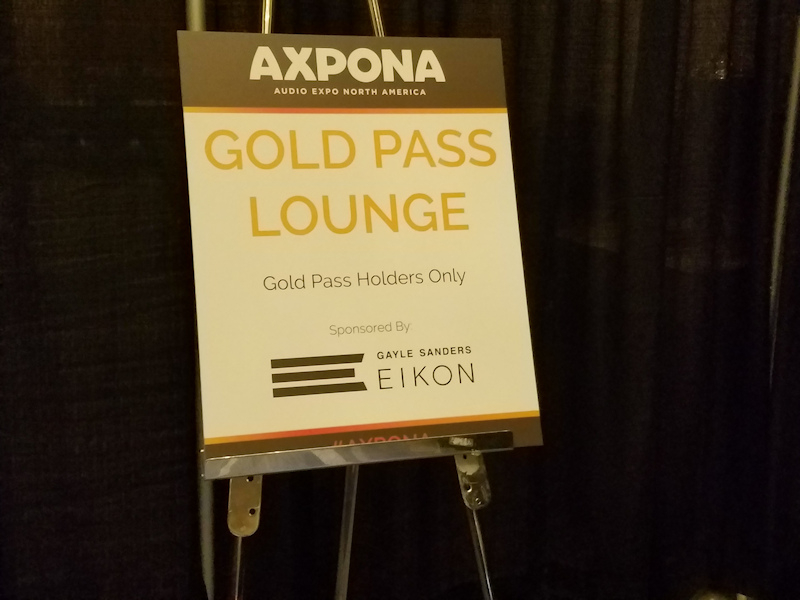 Figure 3. ...Gold Pass Lounge. A quiet place to relax, enjoy a beverage and snacks, and organize my copious amounts of listening notes.

After registration, I made a kamikaze dive for the "Connection" room, where the Aidas were set up with some breathtaking electronics. 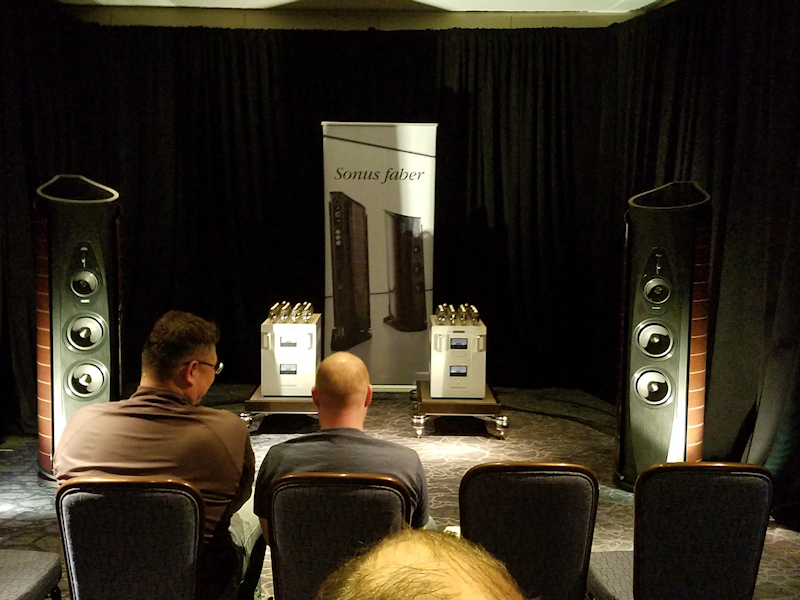 Figure 4. Sonus faber Aida Mk IIs ($130,000). All other listening sessions were a slow descent downhill after this. The amps are Audio Research Reference 750 SE monoblocks ($66,000 per pair)

I spent 4.5 hours listening to the Aidas, with my music from a USB stick and other musical selections provided by the hosts (Sonus faber and Quintessence Audio), and other show attendees. The hosts were happy to play digital and vinyl music brought by the attendees...or they would look up special requests via their music streaming service.

I asked one of the hosts if there were other Sonus faber speakers on exhibit at the show. He said there were, but he didn't know where because he had no involvement in the other exhibits. I didn't feel like hunting them down.

Next, I visited the world of Wilson Audio. 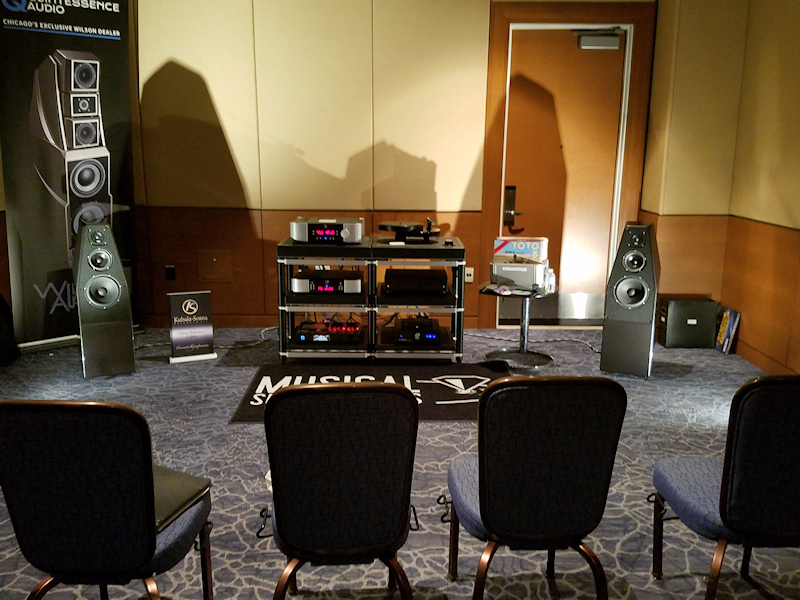 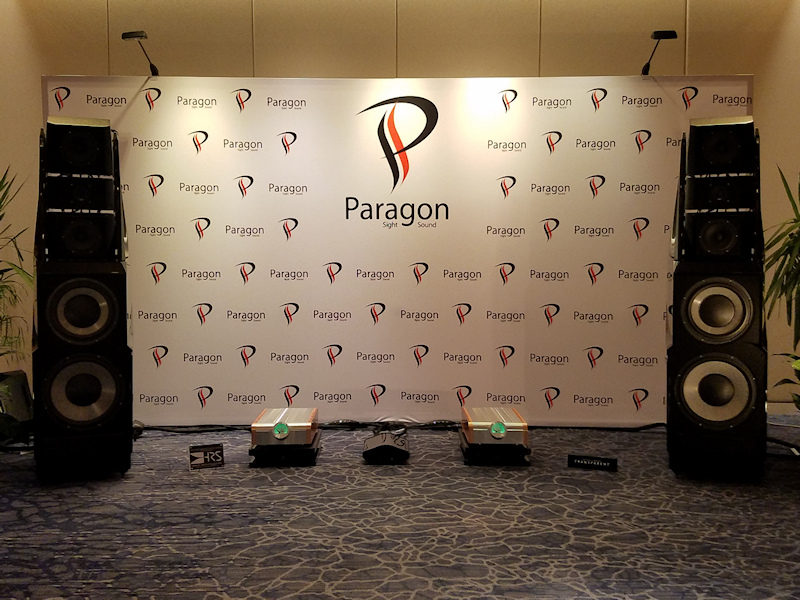 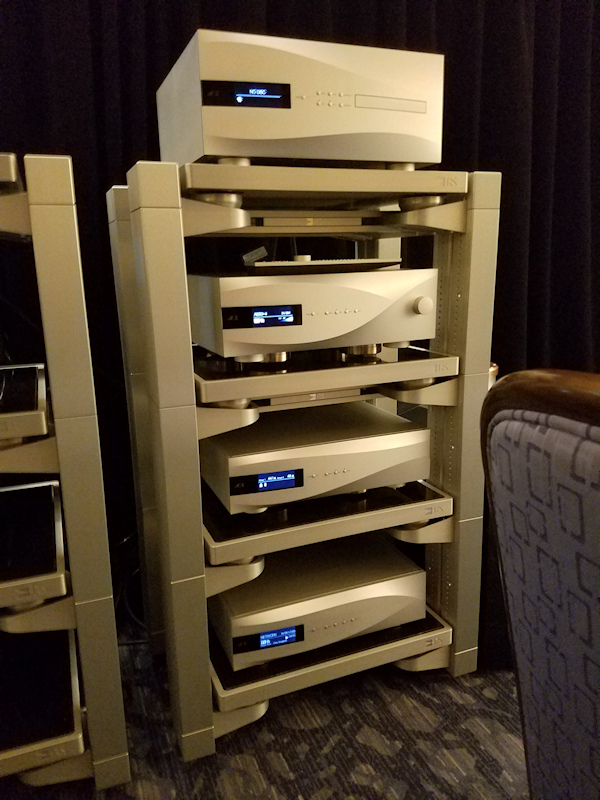 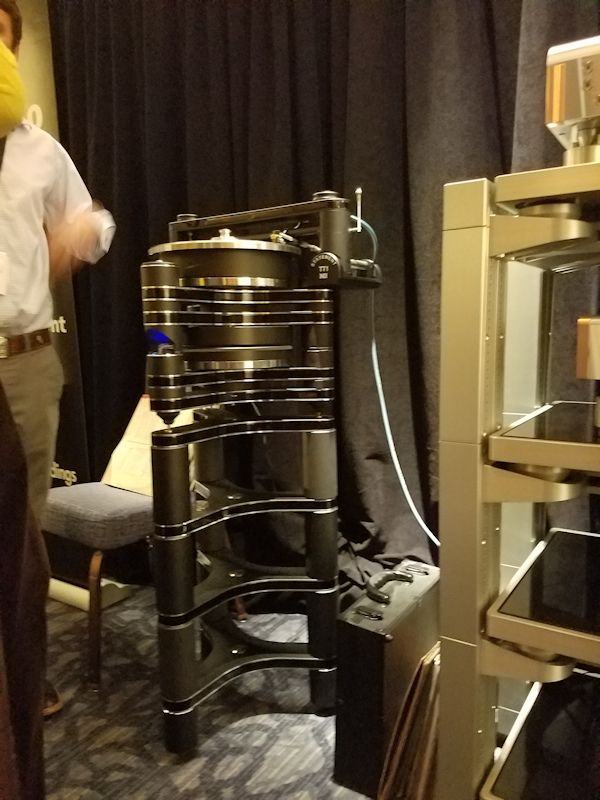 Figure 9. Clearaudio Master Innovation turntable ($32,500) and matching stand ($11,000) in the Alexandria room. There were many beautiful turntables on display at the show. Thank heaven I don't have to fool with these mechanical abominations any more (except for the occasional LP-to-digital transfer).

Regardless of which Wilson model I auditioned or what they were driven with, the Wilson sound was too bright and "Krellish" for my tastes. After listening to the Alexandrias, I went back to the Aida room in order to calm my ears. 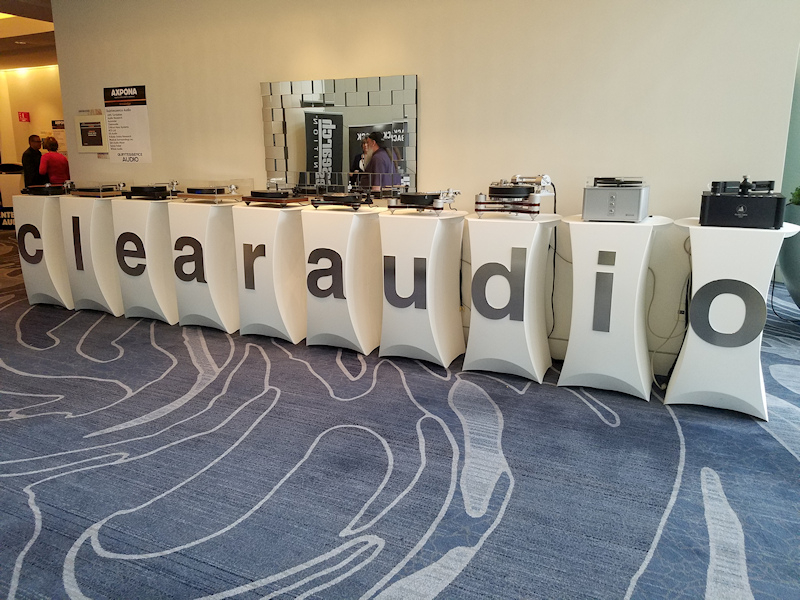 Figure 10. Whoo Hooo...Clearaudio turntable display. AXPONA offered up an abundance of turntables and tubes...neither of which I am interested in. 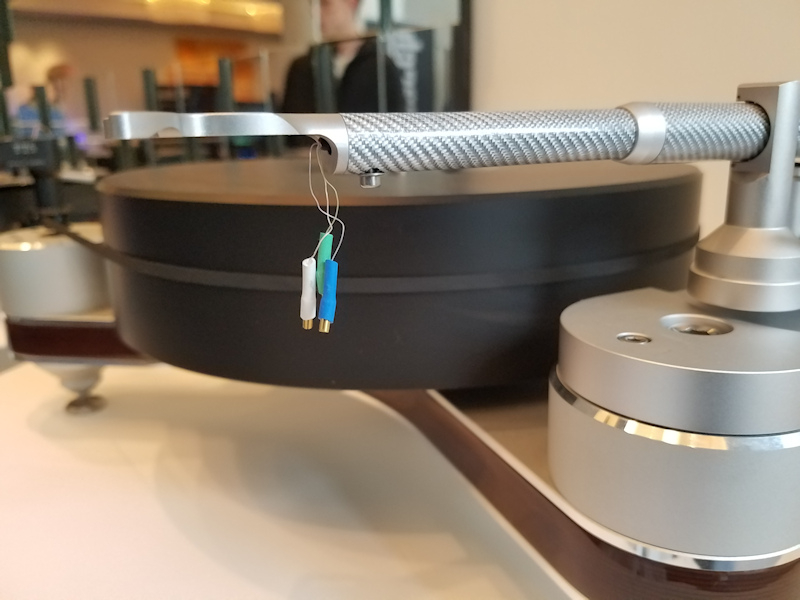 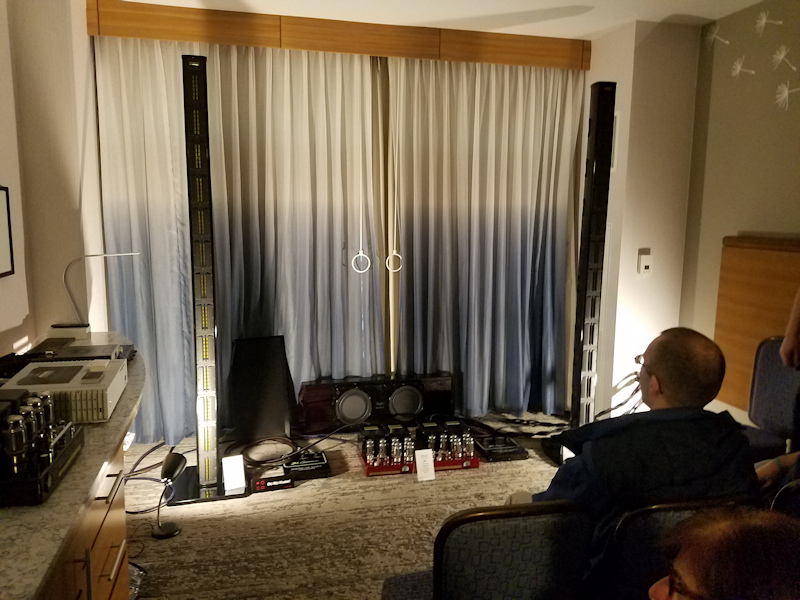 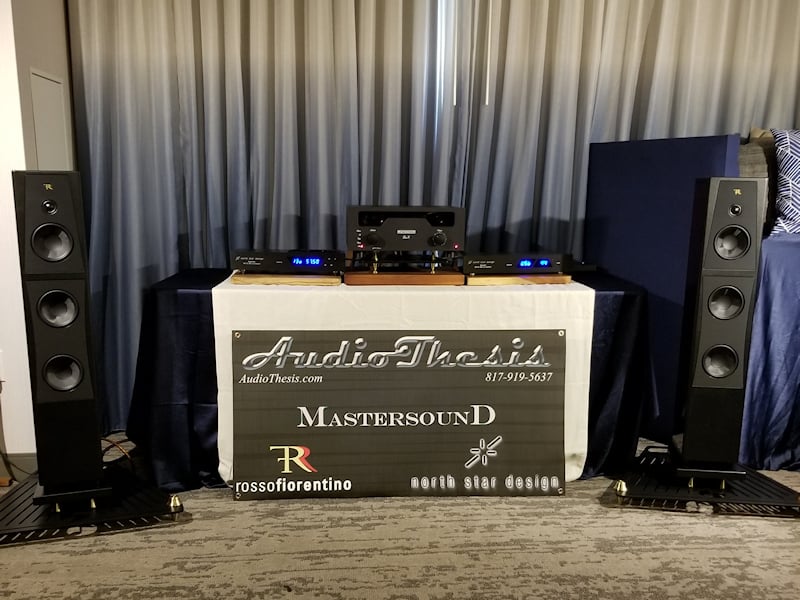 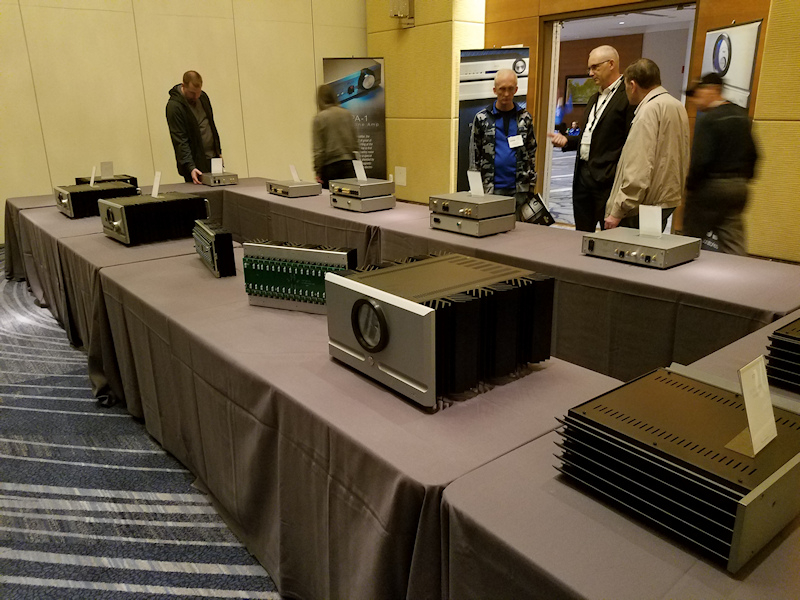 Figure 14. Pass Labs room...so disappointing...only static displays of gear, but Pass gear was well represented throughout the show. The man in the dark suit is Desmond Harrington, Pass Labs president and chief of mechanical design. When I asked him why none of the XS series gear was on display, he said they didn't feel like hauling gear that heavy across the country. When I asked why they didn't have an equipment demo setup, he said their philosophy was that shows are not the best venue for demonstrating gear. Well, he's right. There is no substitute for a home audition. It was nice to meet Desmond after corresponding with him for years. 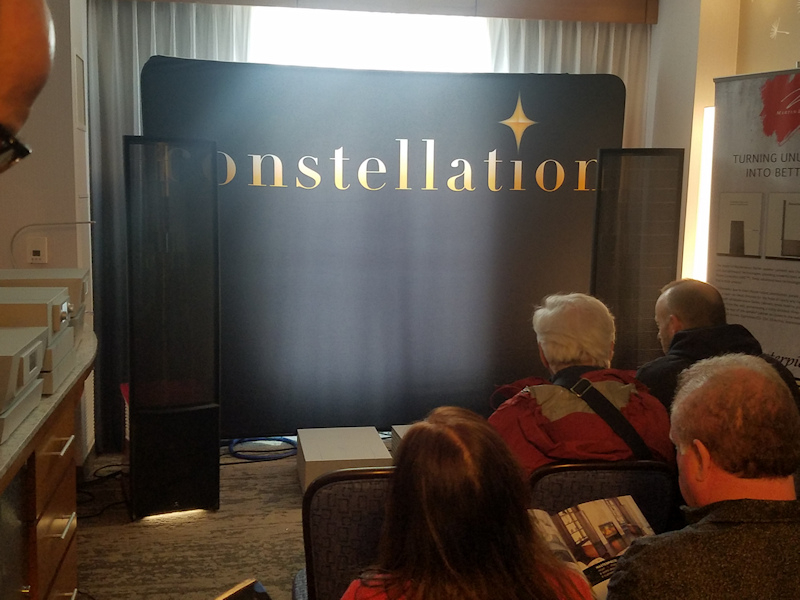 Craig joined me on day two of AXPONA. I took him to the Aida room first, then to the Wilson Audio rooms, then to the two Martin Logan exhibits, then we wandered around to different exhibits. He became increasingly agitated and asked "why does everything sound worse than the first room?"