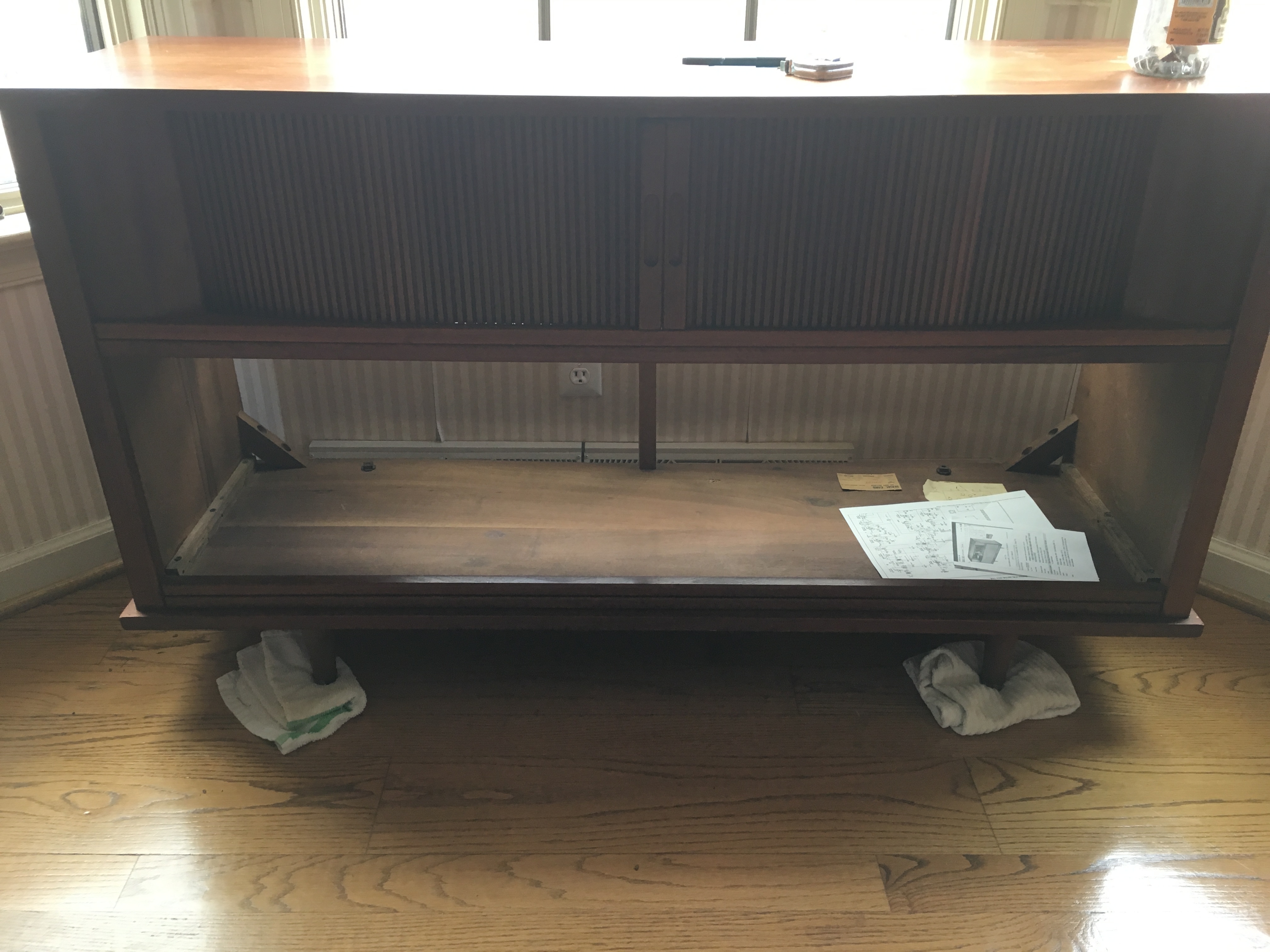 I'm retrofitting a really cool Curtis Mathis console with upgraded sound.
I plan on placing two monitor 5's or 7's into the speaker cavity; the 5's will fit easily into the cavity and allow the use of sorbothane pads and insulation around the speakers in an attempt to reduce the bass acting on the CM cabinet. That approach is straight forward enough.
I can modify the cabinets on the 7's to fit; this will require removing the 7's baffle and constructing a cabinet that is 1" narrrower in width and adding to the cabinet depth to make up the volume... a bit of effort for sure.
I understand the 7's dig a little deeper than the 5's, what I don't know is the maximum SPL of each model.
Another option would be to modify the baffle on the 5's to accommodate the larger passive of the 7's and add volume to the depth of the cabinet.
Anyone want to weigh in on these or other options?
?
IMG_2513.JPG 2.2M
IMG_2514.JPG 1.6M
0 · Share on TwitterShare on Facebook
«123»