Worse CS Ever, Tech did not know the system 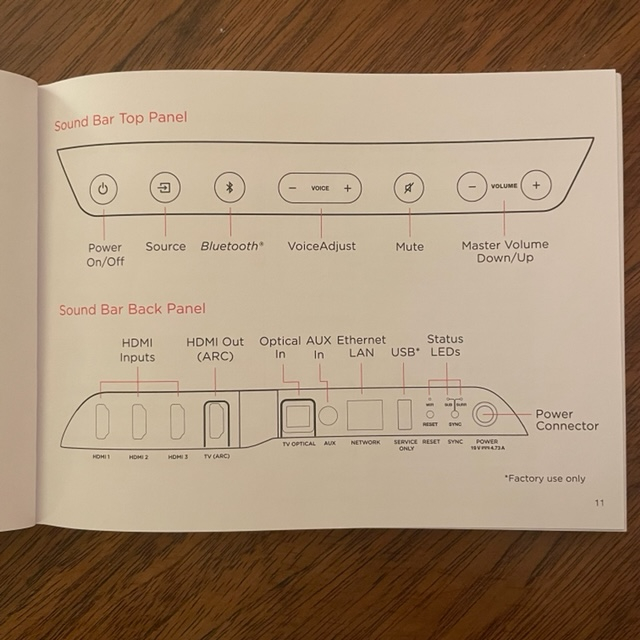 I had the worse customer tech service. I was given a Polk Magnifi Max Sr system for Christmas by my wife. I called tech support because every time I would press the volume buttons, the system would turn off. The tech suggested press/hold the reset button, and I did so. Afterwards he was repeating a suggestion which does not exist.

So I suggest to remove all cables from the soundbar and start fresh. I stated, "the HDMI cable that is plug into the TV where do you want this cable plugged in?" He said where it is labelled ARC. So I did so. Then I asked "the HDMI cable that is plugged into the cable, where do you want that plugged into?" He would say where it is labelled ARC. I would say there is NO second spot saying ARC in the soundbar but 3 labelled HDMI inputs. "Would you like me to plug the cable into one of these?" He said no, plug it into the one labelled ARC. I said I can not because it is already taken up by the cable coming from the TV. He would say plug it into the input labelled ARC.

After 20 minutes of going back and forth, I asked to be transferred to another tech who may help and said they were not allowed to. Then he hung up on me.

This has frustrated me so much that I am returning the system. If I can't get a tech who knows the system, I might as well call the zoo and ask the monkeys to help. It is so disappointed.