bigmontana Posts: 28
November 2020 in Vintage Speakers
I recently picked up a pair of 2B studios and am (slowly) starting to work on brining them back to life. A few of the posters in the Vintage Monitor and SDA Speaker Deals thread were interested in the details of how they turned out, so here you go...

I've wanted a set of SDA's for a long time and finally came across these on CL. The seller disclosed that one of them didn't work, but accepted a low enough price that I took a chance on them. It turns out there's another thread on the forum from the previous owner attempting to fix the problem, but I didn't know that at the time. Unfortunately, they're going to need a bit more than I was hoping for. 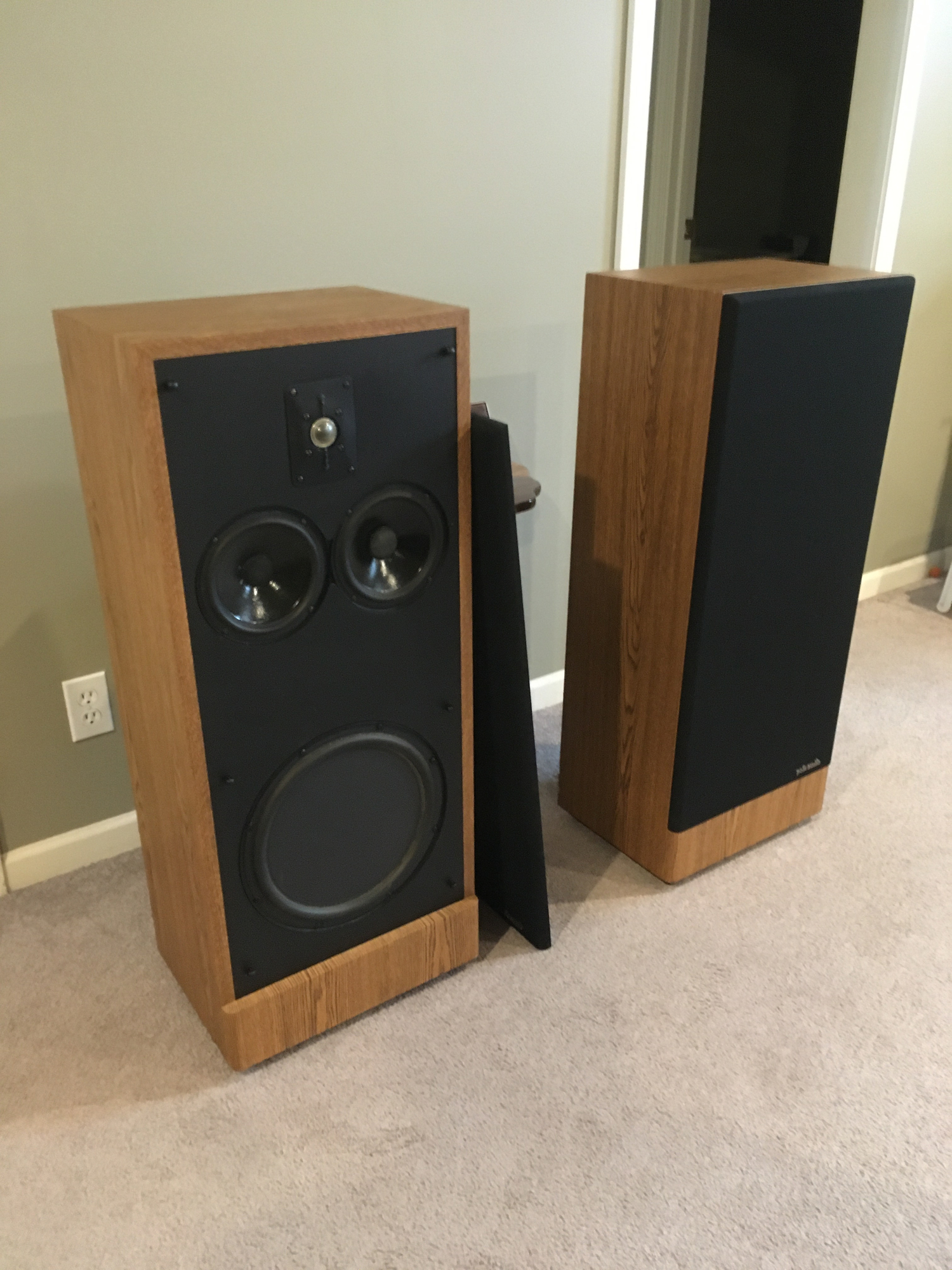 The cosmetic condition is pretty nice. The cabinets have some minor scratches on top and a few small chips at the rear edges. The grills are very good. The PR's are both good.

I was not so lucky on the drivers. I'll start with the left speaker (the one that works): Everything seems fine except the mw6511 has been replaced by a 6500.

The right speaker has suffered something catastrophic. The thread from the previous owner showed the polyswitch completely destroyed. They attempted to replace it along with the 12uF cap, but they must not have owned a meter, because it was a waste of time. In addition to the polyswitch, the 2.7Ohm resistor and all three drivers are shot. They all read open. The inductors seem to have survived. There are no visible signs of damage, and they all measure at the expected DCR.

So it looks like replacing pretty much every driver in the set in addition to new caps and resistors for the crossovers (I expected that).
0 · Share on TwitterShare on Facebook
«12»