ALL212 Posts: 1,284
March 2020 edited March 2020 in Going Digital
I was going to bump for another Bottlehead Crack but wasn't real sure where it would go so instead I decided to upgrade something...anything. And two incidents occurred.

1) I had trouble with my cable modem connection and it turned out to be the coax coming from the splitter. It was just a stock cable that went bad somewhere. I only had one of those push on cables and I don't trust them but it did fix my issue. In the meantime I went on a search for a new cable.

2) I watched a video on Facebook in which a gentleman went over potential jitter issues with poorly made switches and low end cat5 cables. Got me thinkin...

I'm not associated with Monoprice in anyway. I've purchased there before so I went searching and found inexpensive cat8 cables (as well as RG6 coax with F terminations but hey - that's really boring stuff and it's just a standard, well done cable).

If you're not fussy about color you can pick up cat8 cables for about the same (if not less) than cat6 and the build is considerably better. You can get "audiophile" network cables on the web but the price on those was prohibitive.

I really didn't expect much out of this. I'm an IT guy and TCP/IP isn't a mystery but I switched out my cables. I use older commercial grade switches (HP 2910al at the "dmark" fiber patched to a Meraki fanless switch in the audio cabinet). I replaced the cable from Roon server to switch and then from the 2nd switch to the OPPO that acts as my Roon endpoint. While I was in there I changed out the cables from my cable modem to firewall and then to switch as well as the cables from the 2 NAS units I have. I had been using cat6a STP (shielded twisted pair) in the 36 gauge version (it's small and very easy to route around equipment).

Cat8 is a friggin' hose. It doesn't bend much so routing the cables was "fun" but the job got done. 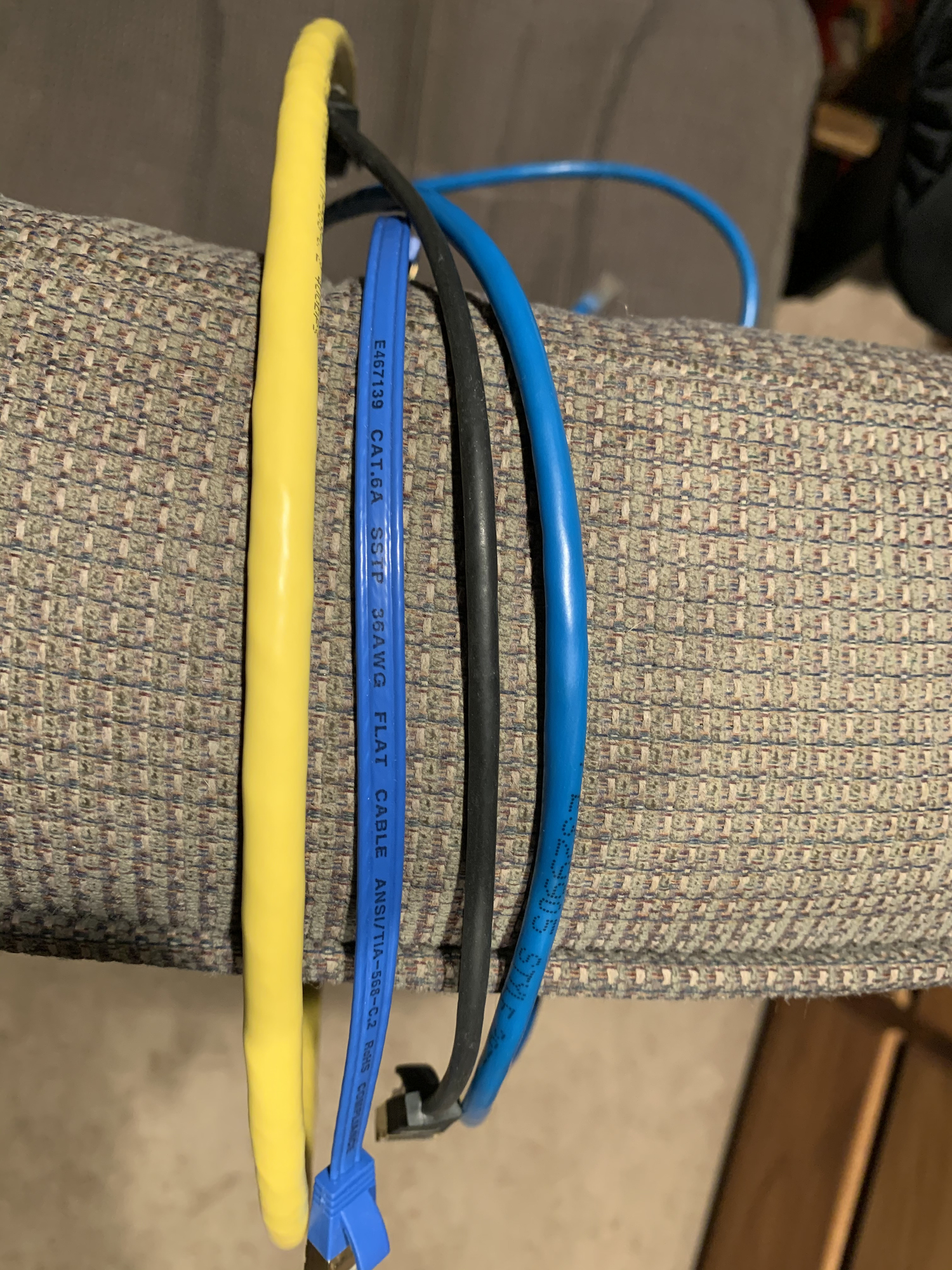 I turned on the big rig and went to my test playlist. ...and my jaw dropped.

I really hate to use audiophile standard terms but I'm at a loss to describe this. Everything tightened up, "the veil was lifted". Bass is tighter, treble more defined and clearer. I didn't notice anything "wrong" before but there were a few tracks I thought were lacking. No longer.

We work pretty hard at tuning up our rigs and cables have always been a point of contention. TCP/IP has techniques to insure the packets arrive alive and on-time but there is something to be said about using good quality network cables and switches.

I spent about $50 and some of that expense was the coax cable I bought for my Comcast modem connection.
Aaron
Enabler Extraordinaire
5 · Share on TwitterShare on Facebook