Polkvibes Posts: 22
August 31 edited August 31 in Vintage Speakers
HI folks. I bought a pair of original blade/blade SDA-SRS speakers (1985/1986) last November. Recently, I noticed that the left speaker basically has no SDA effect. I did the 'balance test' whereby I turned the balance all the way to the left - I got full sound from the left speaker and NO sound from the right speaker. The right speaker was working properly when I did this same test a few months ago -- i.e. the Right speaker SDA array was pumping bass frequencies when bal control was far left. Now it is dead. With bal control to the right, the left speaker SDA array is working fine and pumping bass freq.

With bal control in the middle, I get a *huge* SDA sound from the right speaker (sound from both arrays) and no SDA from left speaker - the left speaker sounds like a regular stereo speaker. Imagine you are trying to land a huge 4-engine jet and 1 of your 2 engines on the left wing goes down, lol. Similar feeling.

Note: I took reference readings on the back of the Right speaker posts w/ a DMM and all readings were spot on *except* IC pin 1 (large blade) to Red speaker terminal... the reading is supposed to be 0.00 ohm and I got 0.4 ohm -- but if I gently moved the wires around, the readings would jump as high as 21 ohm, before settling back down to 0.4 ohm

Note: I eliminated the IC cable as a problem -- also hooked up another preamp, same effect, so the preamp is not to blame.

Other note: Crossovers were professionally recapped (dude did a great job). Unfortunately, the crossovers were un-professionally installed by me, lol. I had to splice all the internal wires to remove the xover then had to resolder/rejoin the wires -- I suspect the issue may be a bad connection. (My instinct is to look at these four wires, which connect both mid-woofer arrays to the xover (2 for SDA drivers and 2 for stereo -- perhaps the issue is here???) See below pic for reference - the pic is from the old crossover before I installed the new one -- you won't see my crazy soldering job which is held together with "twine and wizard spit", lol. (I don't have pics of that right now).

Can anyone give a clue as to what may be going on? I need to make an educated guess before I open the crossovers -- I'd eventually like to rewire both speakers but don't have the time or skill right now.

I'd love to get this solved!!! --- it been driving me *nuts* because I don't think I've had the full SDA working together on both speakers since I bought them

I realize the problem could be in either speaker (or both). Please specify left or right speaker when replying, so I get an idea of where to start. Thanks, 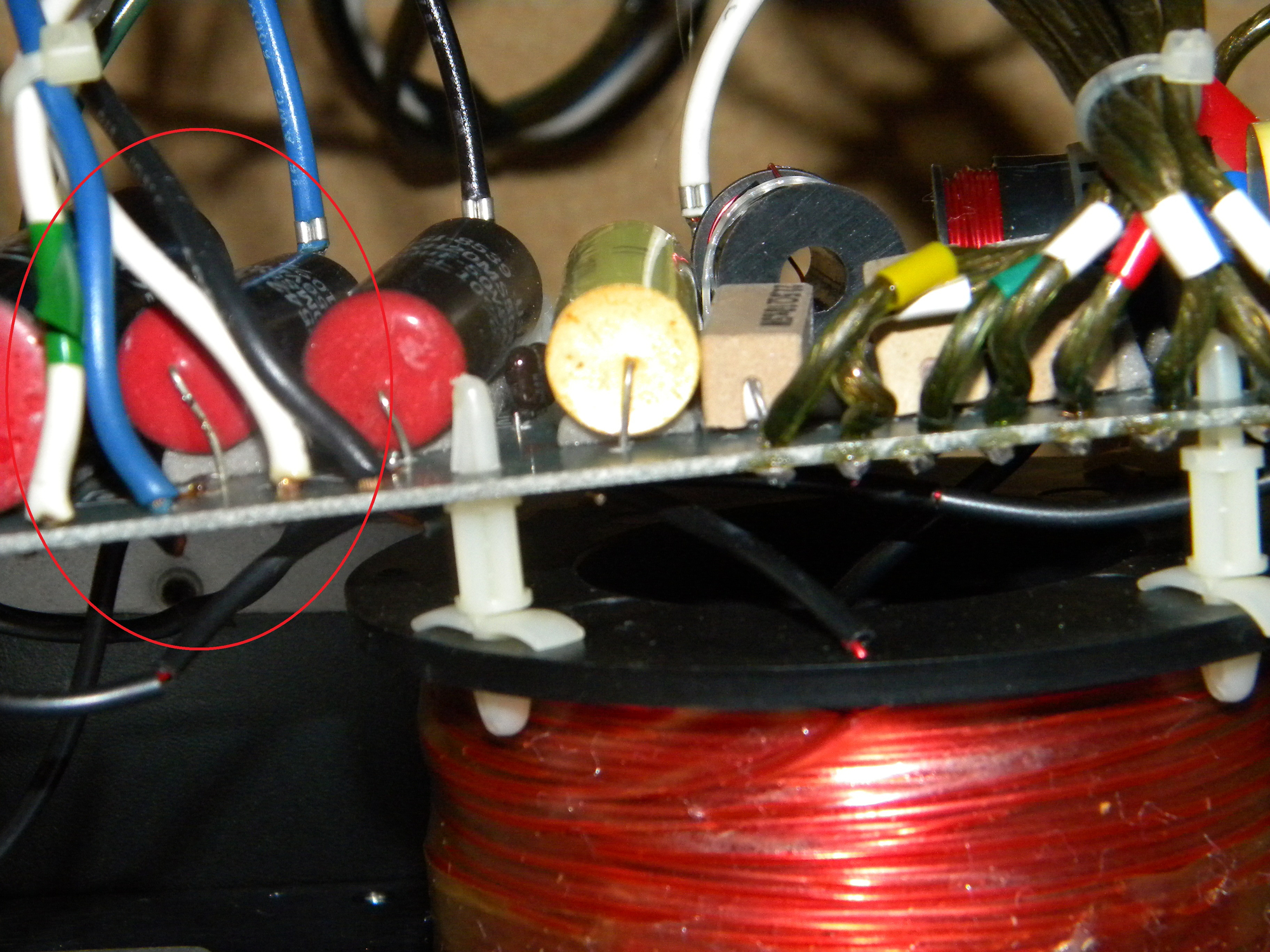