scubalab Posts: 3,030
September 2019 in Speakers
I had some stars align this week and was able to attend a 'listening event'. Some work travel had me passing through Harrisburg, PA late in the afternoon this past Tuesday (9/17). I knew they had an event scheduled at HiDef Lifestyle in Harrisburg from 6-9 PM that day, so I figured I'd stop in.

First, a plug for the venue. Very nice place, and the staff (whom I'd talked to prior to the event) couldn't have been friendlier. Although, I'm not sure I actually met any staff from HiDef Tuesday night. There were around 100-200 people there, if I had to guess, but with the layout of the store, it was definitely not overloaded. They had a fine selection of top shelf drinks and hors d'oeuvres as well.

Now to the good stuff. I stopped specifically to see and hear the new Legend Series speakers. My first stop was in the demo room with the L800s, but I'll get to my impressions on those later.

The second stop was in the adjacent listening room to see and hear the L100s. My impressions were all great. I met Bronson Gannon from Polk and he did a great job demoing these speakers. For a $1200 pair of speakers, you'd be hard pressed to better these, even on the used market. The cabinets are simple, yet elegant. The walnut veneer was beautiful, and the matte black front baffle mated perfectly with the walnut. Listening impressions were phenomenal. These sounded like full range tower speakers. The bass extension was incredible. I'm not a 'bass-head', but do like a little punch with my music. These little guys were tight, accurate, and full range. I honestly did not hear anything that was off with them, bass through mids through highs - just very well rounded. Now, Bronson did play a track (at the request of a listener) that was a great song, but a bad recording or source. And, these speakers brought out all the flaws in that recording. So, if I had one negative, it'd be that poorly recorded tracks will sound bad on these.

On to the big boys... The L800s were jaw-dropping. I'll start with my only negative, and it's purely a matter of personal opinion and taste. The aesthetics of these speakers leave a lot to be desired. The finish on the pair they demoed was black ash cabinets with the high gloss black front baffle. This did not do much for me in terms of looks. The high gloss front looks cheap and plastic-y. I'm also not a fan of the cantilevered look of the cabinets over the power port.

What the L800s lack in aesthetics, they more than make up for in sound presentation. I was floored. I have never heard such accurate imaging from a 2-channel setup as I heard from these. If you watch the video here, at the 7:20 mark, Gene has the exact same reaction as I had. Scott Orth from Polk gave a nice, quick, simplified overview of the SDA technology and how it worked. He followed with a 4 track demo. First up was "Time" (Pink Floyd). This is a great track to show off stereo imaging, however, with the SDAs, you'd swear you were in an old clock shop with clocks chiming from ALL over the room (both side to side, and front to back). Simply amazing. The second track was "The Smartest Monkeys" (XTC), and was my favorite track for showing off sound placement the L800s are capable of. I literally first turned to my immediate left to look for the speaker where the first guitar note sounded like it was coming from. Then I jarred my head backwards and to the right to find the hidden speaker the second guitar note sounded like it was coming from. The best way I can explain it is comparing it to a 7-channel surround setup. I heard some sounds distinctly coming from where a left surround would be and others from where a right rear channel would be. It was THAT accurate! The third track was a live recording of a church with a female lead vocalist, pipe organ, orchestra, and congregation backup vocals. Even on the live recording, you could precisely place every part of the music. The female vocalist was front and center, the organ farther back, the orchestra slightly in front, and the congregation surrounded you. Simply amazing. I can't remember the last track at this time, but it was another live recording that did not disappoint.

Now, I've heard some very nice systems with some tricked out gear, but I can honestly say that I've never heard anything as impressive as these. I'm sure the gear and demo room setup had a lot to do with that as they had a rectangular, fully enclosed room with bass traps in every corner, and acoustic panels placed throughout. Additionally, to get the most out of the L800s, listening position was critical. They had four chairs set up (in bobsled fashion, which was a little awkward) to highlight the listening experience.

I rounded out the evening browsing the various showrooms at HiDef Lifestyle, and ended the night falling one number short of winning the raffle for the L800s! Yes, they raffled off the pair of L800s as well as another raffle for an LG short throw projector.

So, I highly encourage anyone interested in hearing what the new SDAs can do to get yourself to a listening event near you! It will be well worth the time and travel. 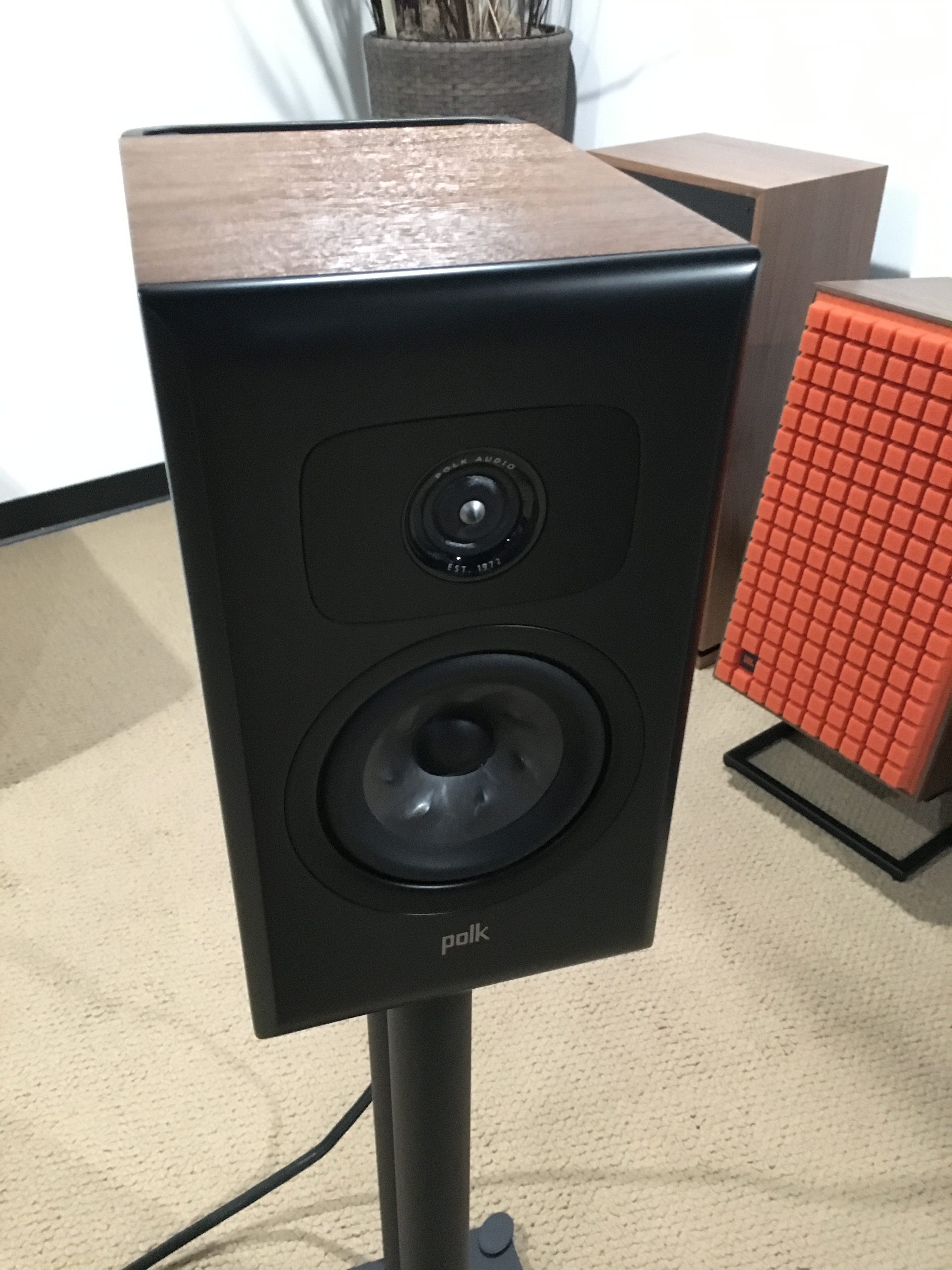 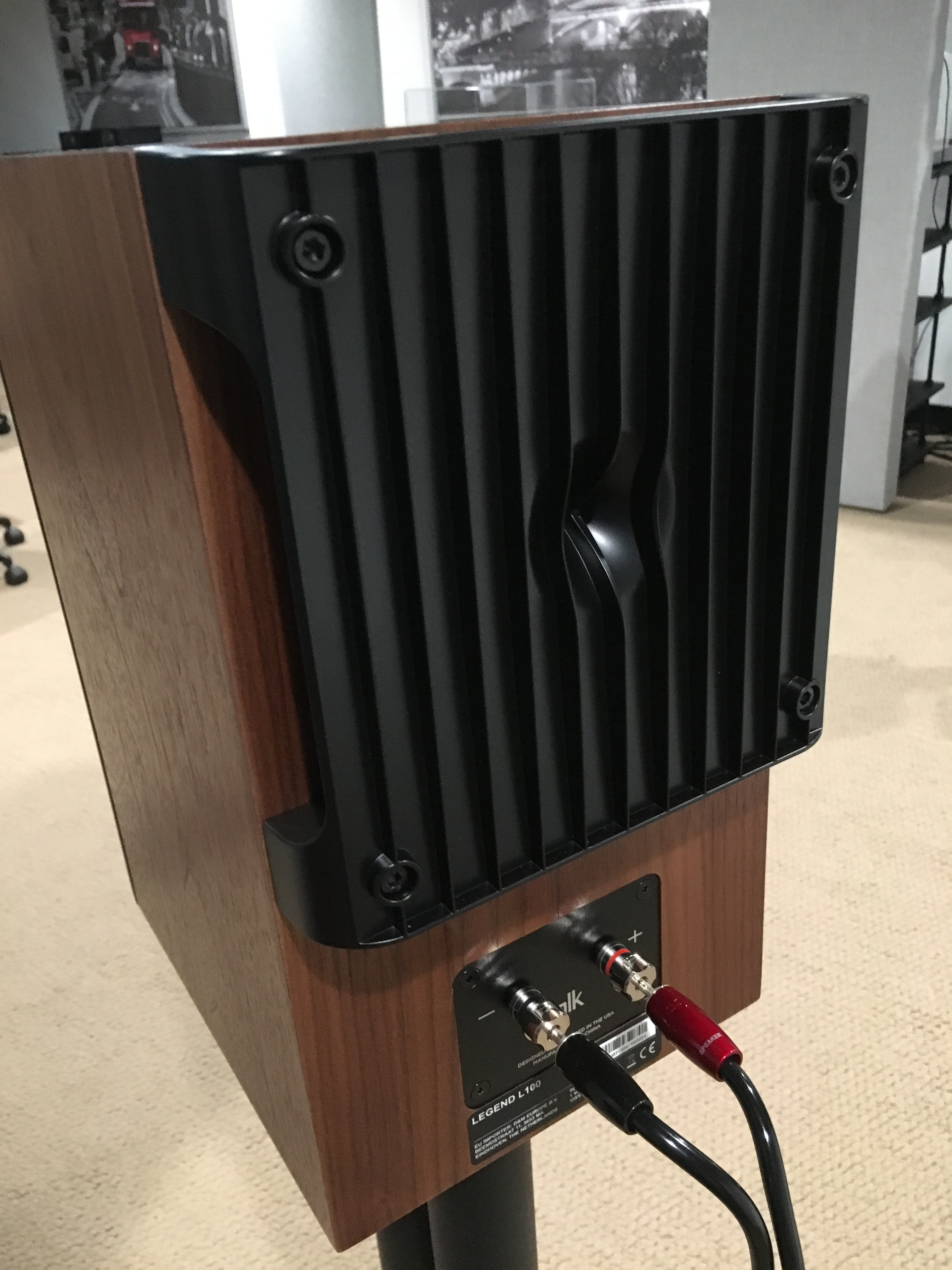 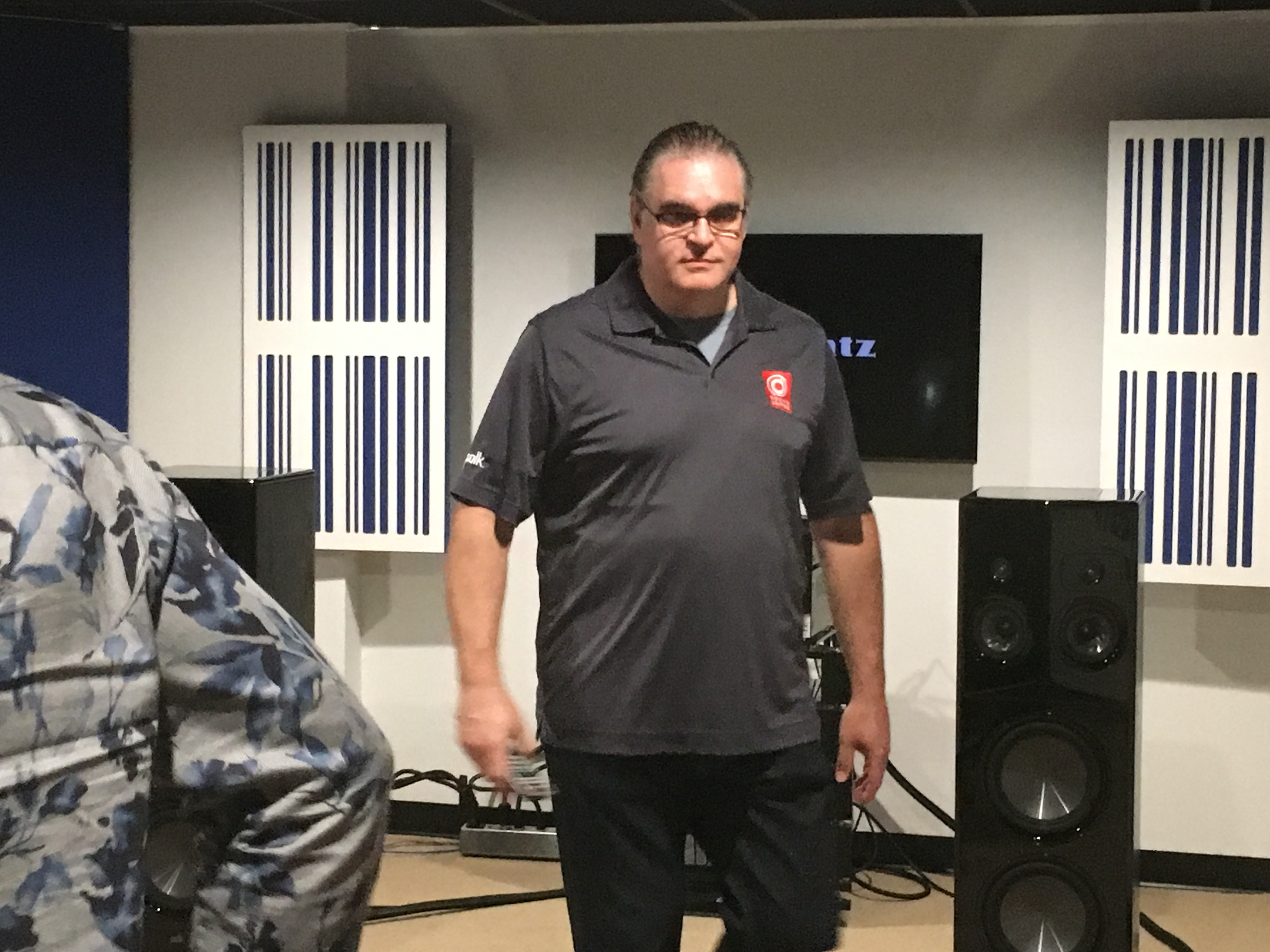 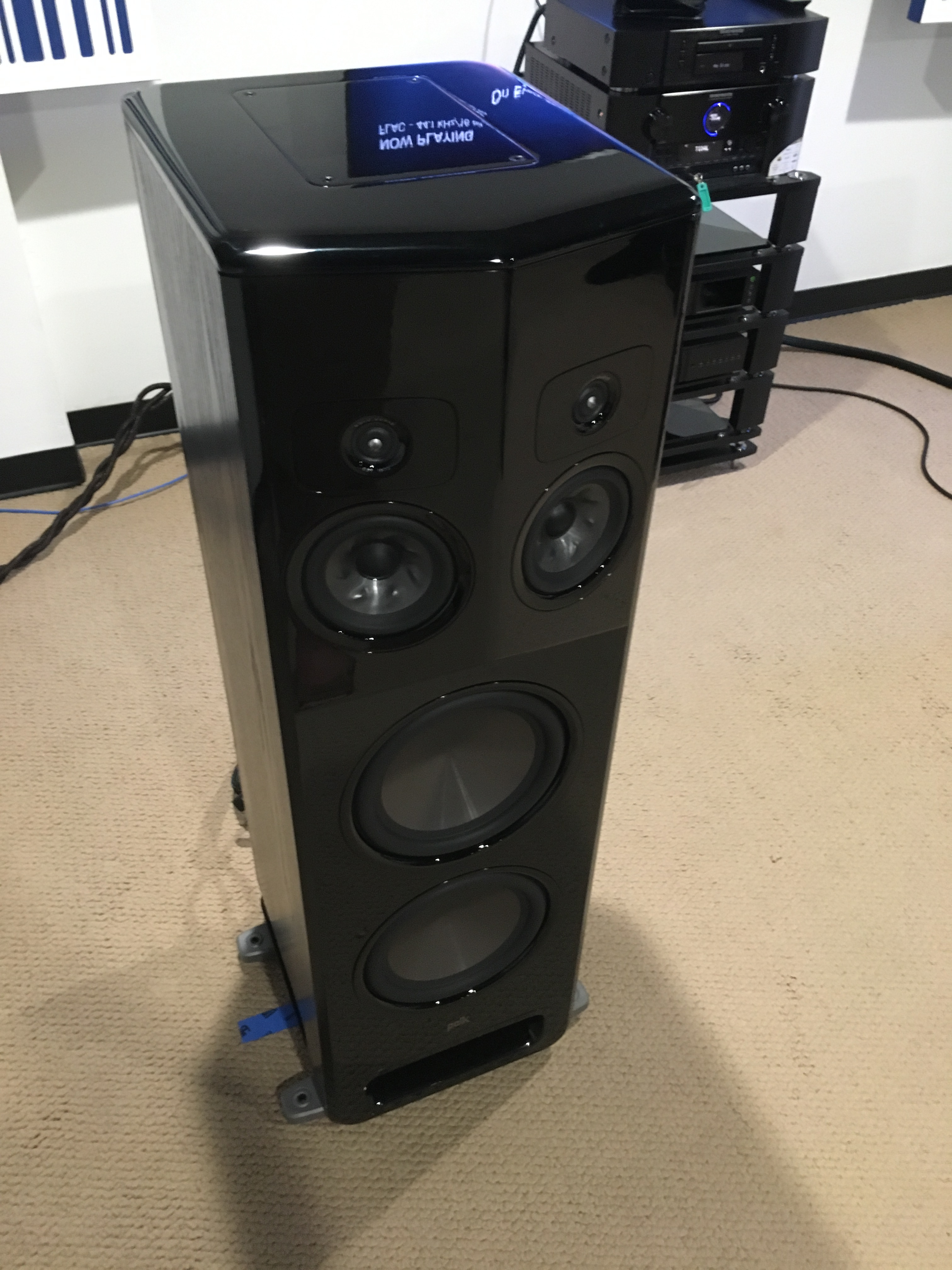 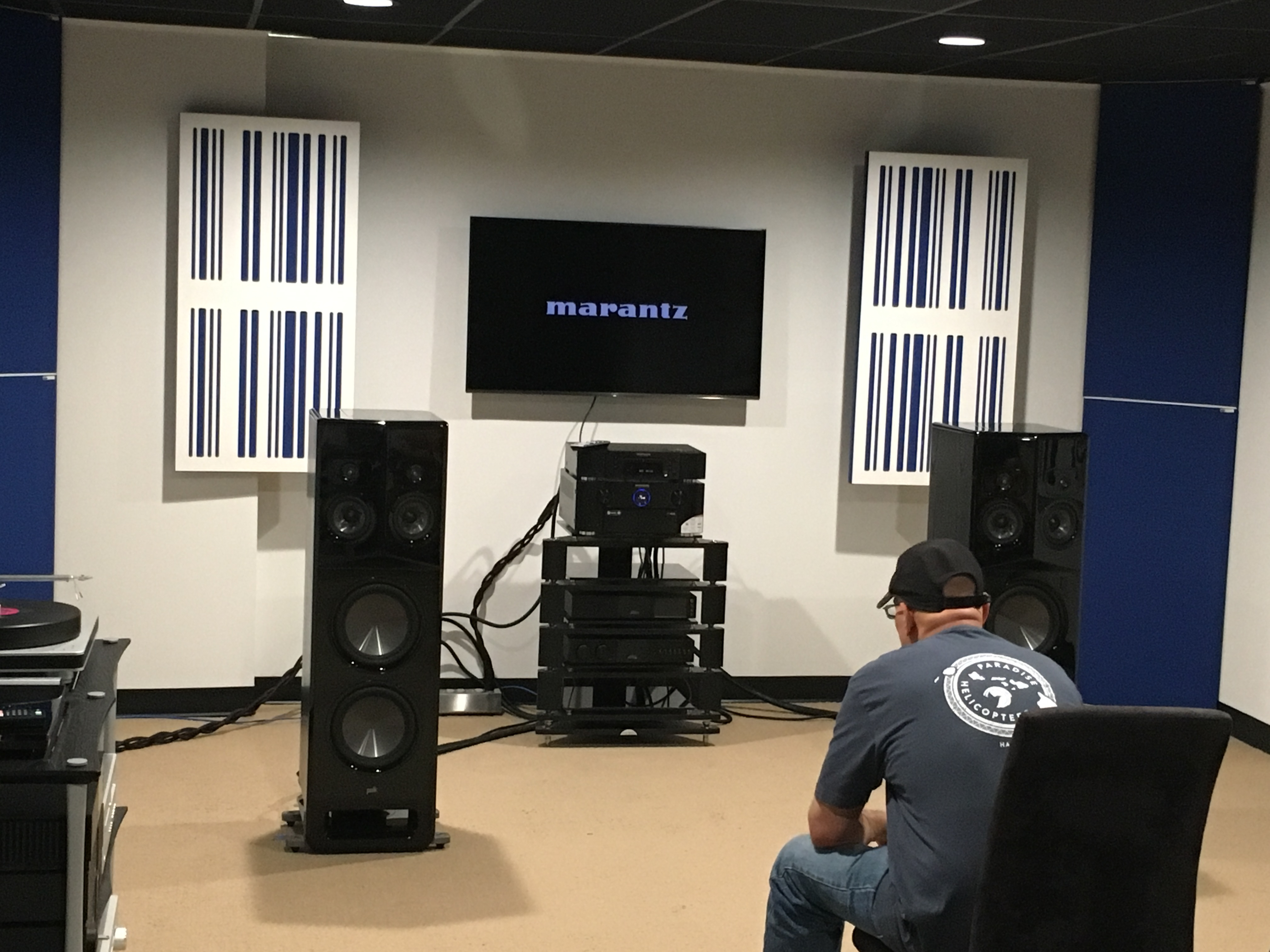 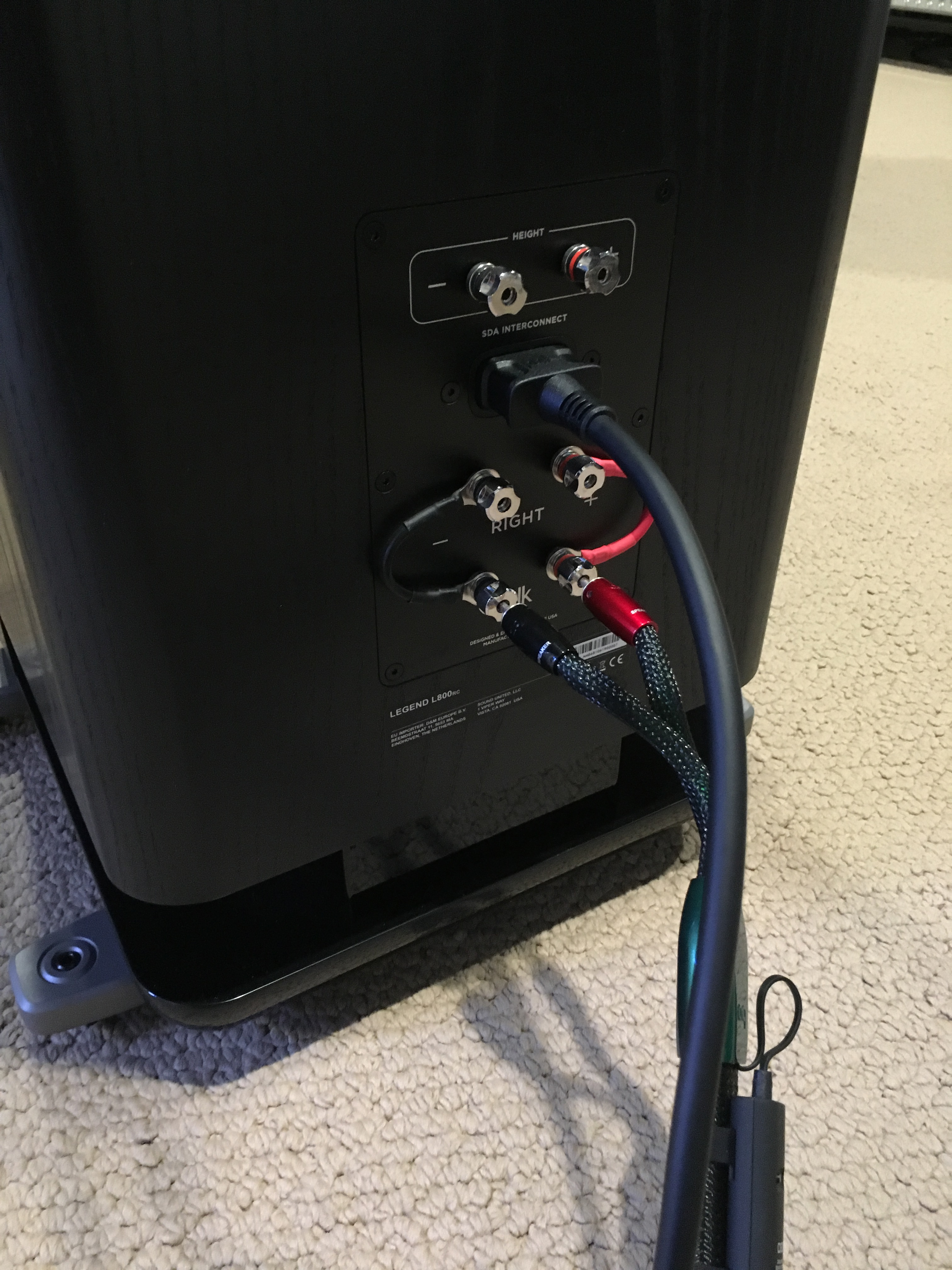