Mystery Posts: 2,543
October 2012 edited March 2014 in Vintage Speakers
Few weeks ago I bought a very nice pair of Boston Acoustics A400 (TOTL) :cheesygrin:.
All six woofers needed re-foam and one side of the MDF stand has some pieces crumbled but otherwise excellent condition. 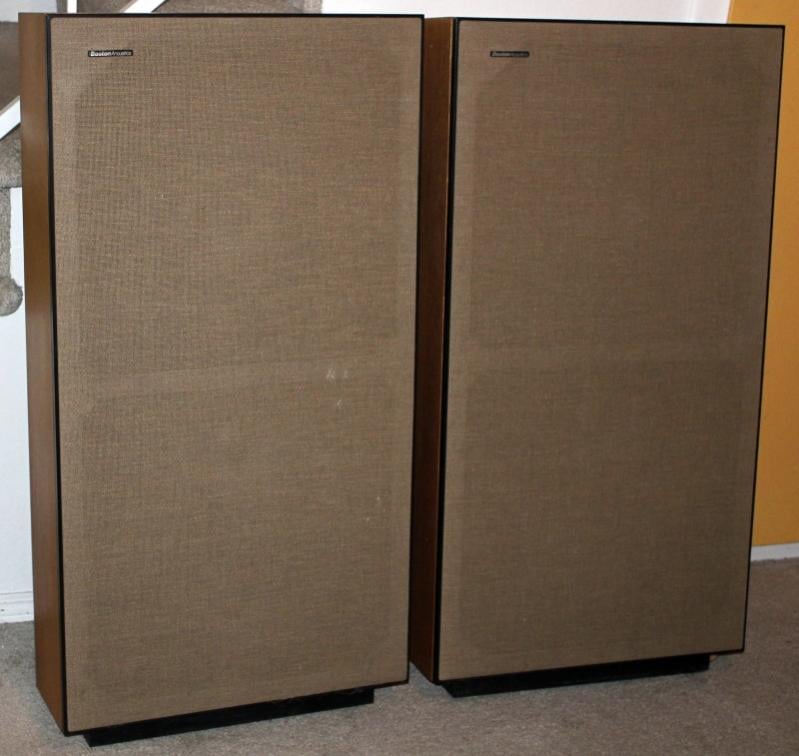 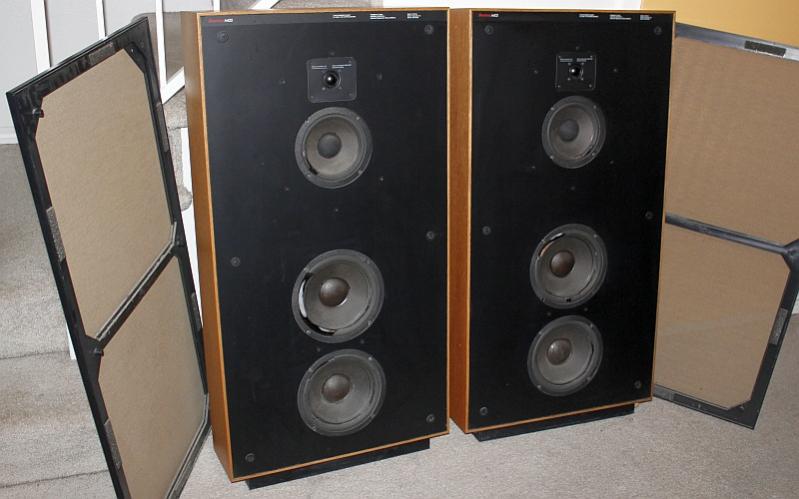 Re-foamed them with OEM foam surrounds and everything turned out great. 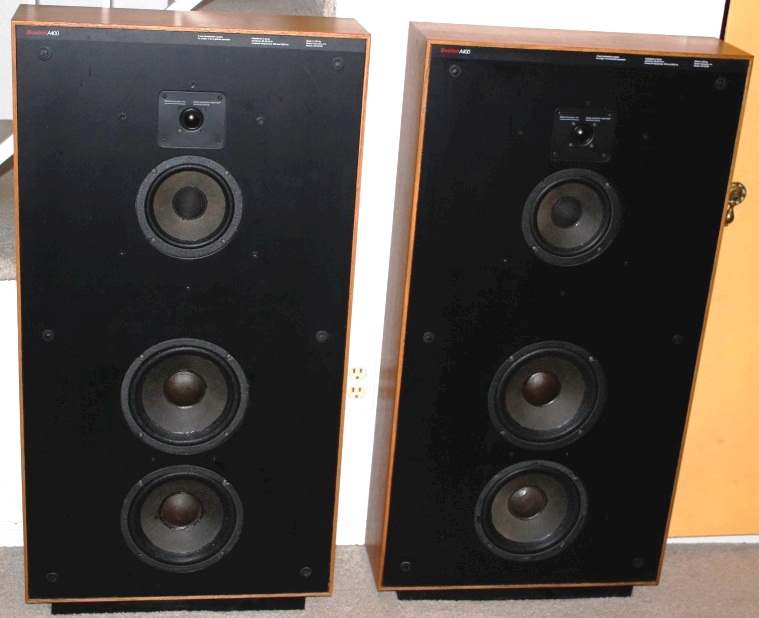 So next logical thing to do is to compare. :idea:

From the specs, A400's with two 8-inch woofers should have better +-3dB low response at 38Hz compared to CRS+'s 42Hz.
But that's only in the specs.
I listened to multiple songs switching these speakers and SDA CRS+'s have extra low notes that A400 is missing.
The SDA 10" passive really adds a big thud/throw on bass that A400 just doesn't have.
A400 bass is tight/punchy and quick but not quite low. It is thunderous but the ones you hear close by without the soft thud from far away thunders.

However, A400 has really great mids and highs than CRS+.
It feels like all mids/highs are much more present, crispier and alive in A400.
CRS+ feels like little bit recessed/relaxed compared to A400.
After listening to A400 for few minutes and switching to CRS+'s, it feels like some strings/highs are muted/veiled or disappeared.

Keep in mind that both pairs have untouched crossovers.
I was planning on re-capping SDA's but haven't had chance/time yet that may improve mids/highs on CRS+.


CRS+'s only have 6.5 inch mids and a 10" passive and have much better lows than A400's with dual 8 inch active woofers. A400's may be designed like this not to throw bass but to have tight attack bass. Doing that could be the cause of completely missing low frequencies rather than reproducing them in low volume.
CRS+'s have that smooth bass recoil sound even though it's in low volume.
Also, I checked a track in both speakers and CRS+ mid woofer moves a lot in low frequency sweep clip all the way to the end while A400 woofers just stop moving few seconds before that low frequency clip ends. It appears that the crossover completely cuts low frequencies at a fixed hz point instead of a roll. Hmm...

Conclusion:
SDA CRS+ definitely win in bass department even though they are smaller than half.
Mids/highs go to A400's.
After testing I decided to move SDA CRS+ into the bedroom but then though of putting them on top of A400's so I can go back and forth if needed.
Since I can complement lows with a subwoofer if needed, A400's sound better for music vocals and movie dialogues. I'm liking A400's as home theater fronts as well as for music.
These don't have SDA effect but these sound like listening to live music.
They really bring all the instruments and vocals better than CRS+'s except the soft/low bass throw that CRS+'s have.
I set my tone to +2 bass and lows are much more coherent with mids/highs now in A400's.