westmassguy Posts: 6,795
August 2013 edited November 2013 in DIY, Mods & Tweaks
On the heels of my Center Channel Project, I wanted to address another issue I was having with my 7.1 system, the side surrounds. I had recently acquired a pair of Monitor 4.6s, and in conjunction with my 5jrs, I thought things were pretty well rounded as far as timber matching with my 2As and my new center. On 50-75% of movie soundtracks, the 4.6s did a good job, and didn't make themselves noticeable. Unfortunately, on some sound tracks their location was very noticeable. All surrounds are mounted 6' above the floor to the centerline of the woofer.
I had been tossing around the idea of using two smaller Vintage Monitors, back to back, for a Bi-pole or Di-pole arrangement. Since I now had 2 pairs of smaller Monitors, and still have my 5Bs doing nothing, I had everything I needed to do the project.
Before I proceed further, understand that no Polk products were harmed or injured during the project. If anyone feels the need to scream "Franken-Polk", light torches, gather the town-folk, and march on my Castle, rest assured, that the only changes made to the speakers, were the usual crossover and tweeter upgrades. The 4.6's crossovers were modified to match the 5jrs and RDO-194s were installed in both pairs.
The method for mounting them was rather simple, and I used scrap dimensional lumber I had on hand. 1X10 was used for the back plate, and 1X6 was used as a center guide and mounting point. I picked up eight 4" L-angles from the hardware store. The speakers are 17" tall, so the back plate was cut to 16" so it wouldn't show. The 1X6 was cut to just a hair over 17", centered, and glued and screwed to the back plate. The L-Angles were mounted at the top and bottom of the 1X6s. The speakers were dry fit, holes marked and drilled, then screwed in place. I wanted them angled out slightly from the wall, so while still attached to the back plate, I gently bent the speakers and L-Angles out, about 6-8 degrees. Just enough so the wouldn't be firing directly parallel with the wall. I removed the speakers, and installed 3/8" rubber bumpers at each corner on the front of the back plate, so that when the speakers were re-attached, the angle would be maintained, and the speakers wouldn't wobble. I drilled an 1 1/2" hole for the wires, and installed Bose WB-3 wall brackets on the back. I like them because the are made from heavy steel, and interlock securely. The brackets come with a small rubber bumper for the bottom to maintain the spacing off the wall. Final assembly went smoothly, and they were mounted on the walls. Since both pairs are 4 ohm nominal, I wired them in Series. At the moment they are Bi-Pole and sound awesome. I cannot localize them at all now, on those movie tracks that I could before. I plan on experimenting with switching the polarity of the front firing tweeters for a Di-Pole configuration, after some extensive listening is done. You'll note the gap between the two speakers. This will be covered with a U shaped trim piece made from 1X6, with walnut veneer applied. The back of the trim piece will have Armaflex applied near the edge to cushion the speakers and provide a tight fit. The trim piece will attach at the top and bottom, to the 1X6 that's mounted to the back plate (that's the reason I made it longer than the back plate). 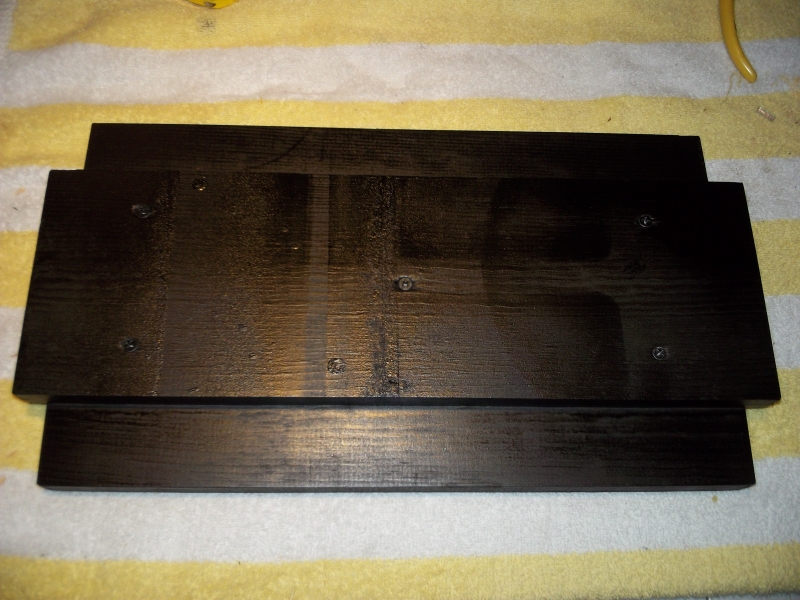 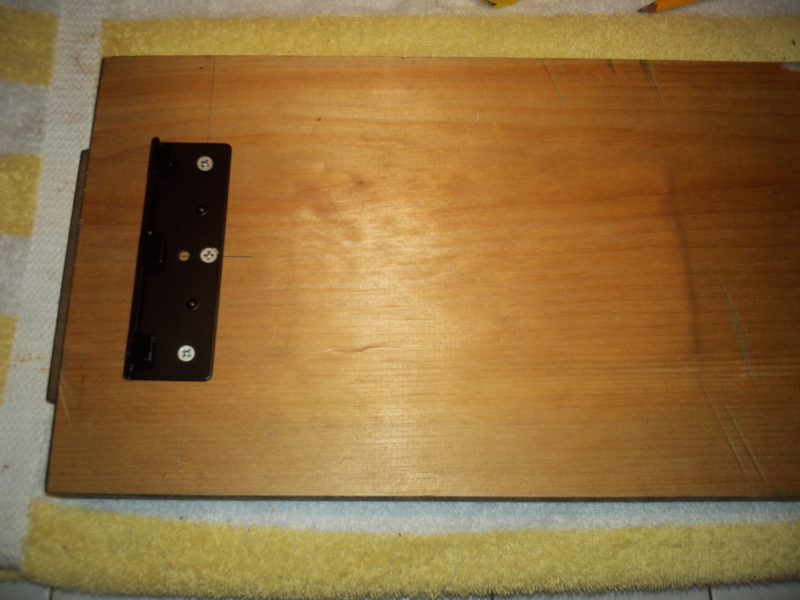 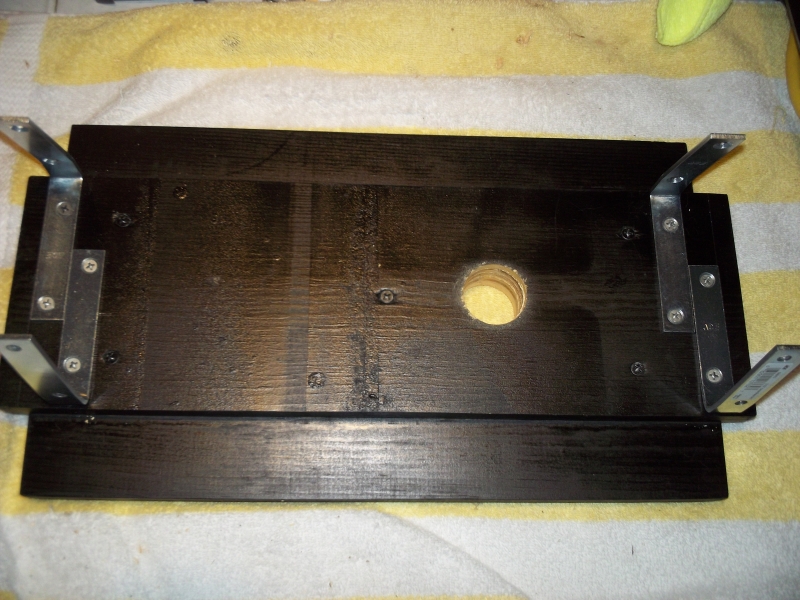 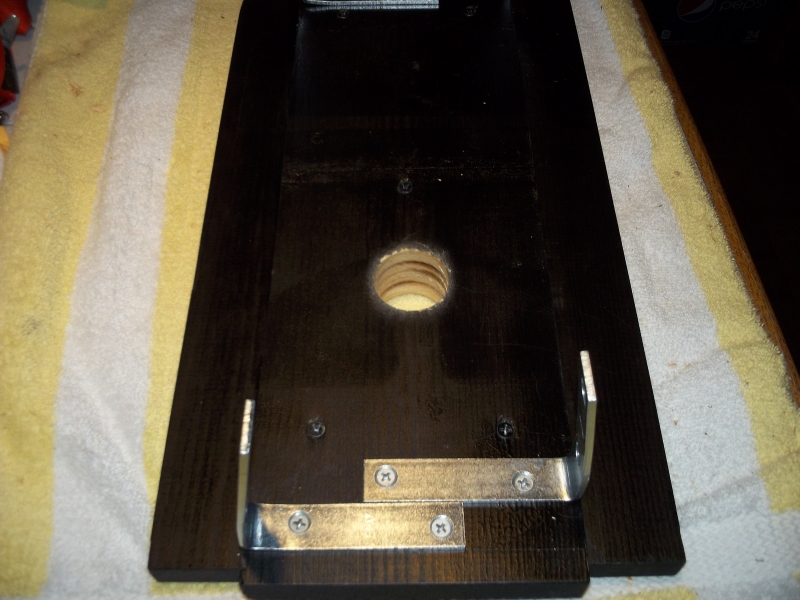 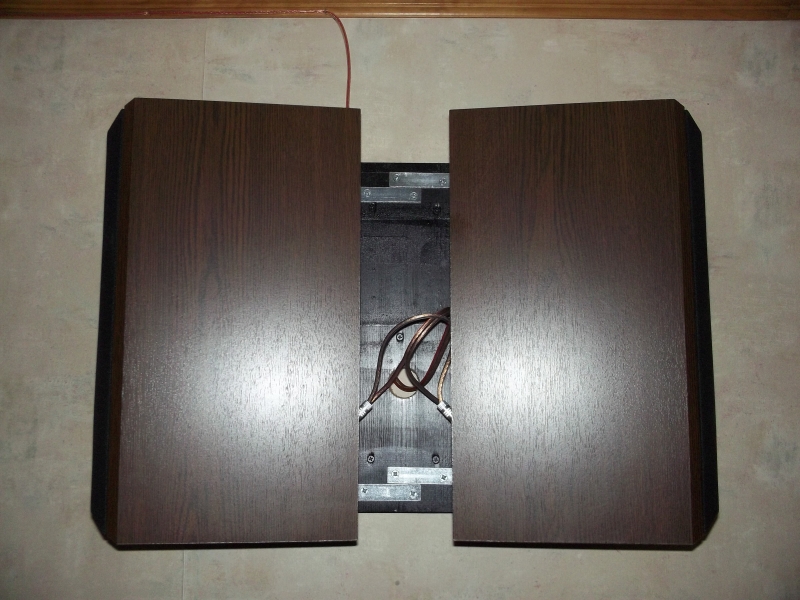 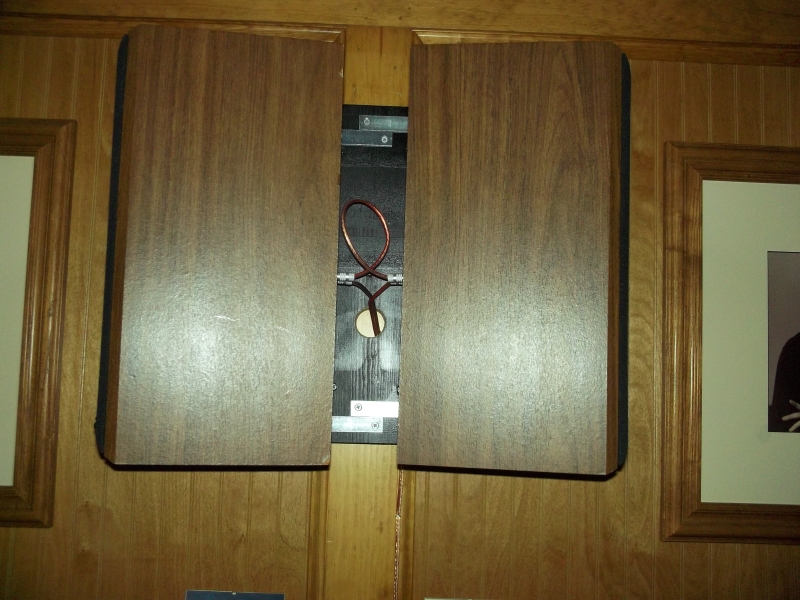